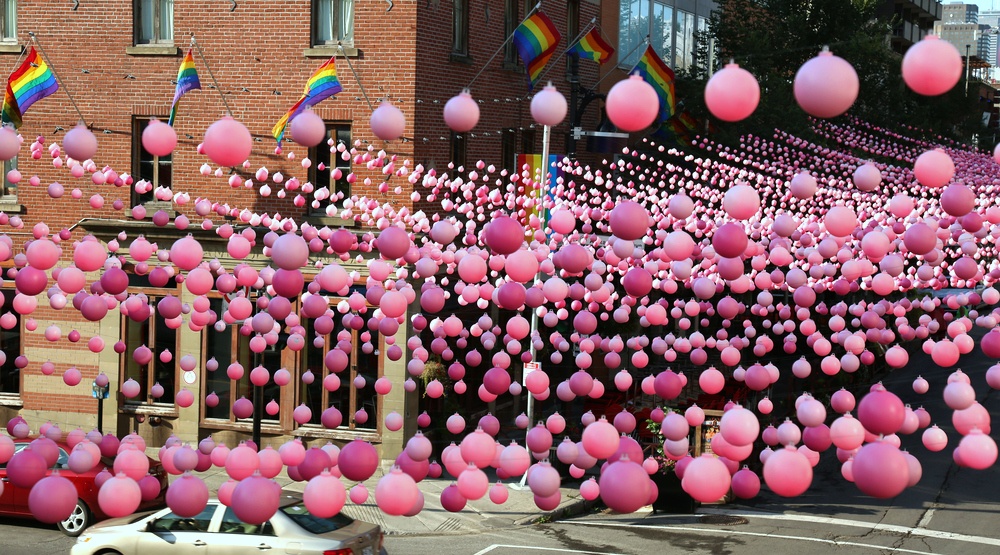 As of this past Saturday, Sainte Catherine Street East between St-Hubert Street and Papineau Avenue was officially closed to traffic for the summer months.

Remaining until September 29, 2017, this pedestrian-only strip becomes a major hub of activity during the summer.

Not only are we eagerly awaiting the arrival of this year’s Rainbow Balls art installation (in honour of the Gay Village’s 35th anniversary), but this pedestrian space is also known for their many sidewalk sales, terrasses, and festivals.

Walk your way into summer and explore the Montreal Gay Village by foot! And look out for “18 Shades of Gay” which should be arriving any day now!

When: Until September 29, 2017
Where: Sainte Catherine Street East between St-Hubert Street and Papineau Avenue