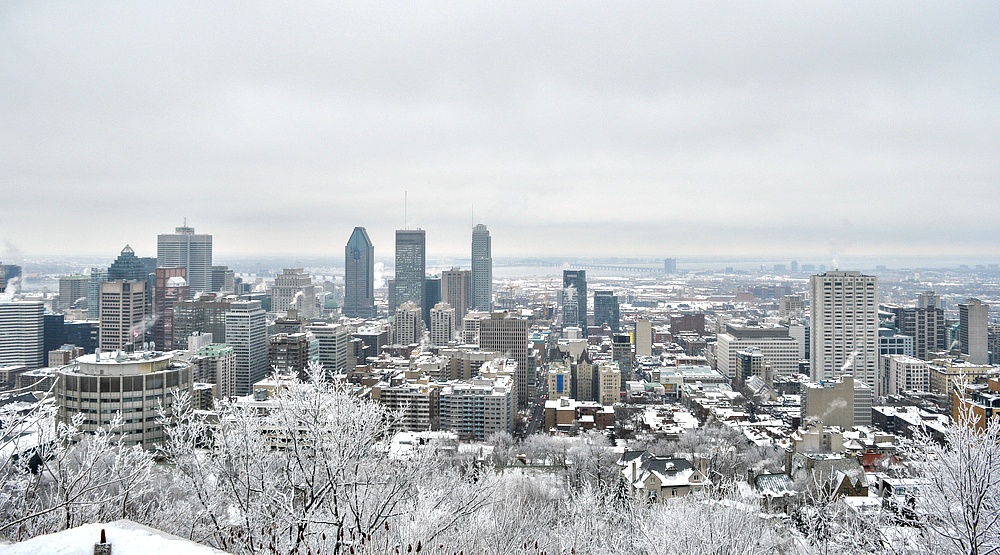 From skating in the park and holiday festivals to classical music concerts and Christmas parades, check out 28 free things to do in December.

In honour of Montreal’s 375th anniversary, the city is launching a variety show this December. The must-watch television program, airing December 11th at 8pm, will discuss the city’s planned birthday festivities. In addition, there will be an array of performers on hand to dazzle viewers and pay tribute to Montreal through music, comedy, and dance.
When: December 11, 8pm
Where: Anywhere

This string quartet will play an annual holiday-themed performance on December 19th. As usual, the event is free so if you feel like listening to classical music right before Christmas, head on over to Place des Arts.
When: December 19
Where: Espace Culturel Georges-Emile Lapalme, Place des Arts.

Montreal has been called Hollywood Northeast, and this year has truly lived up to the name. From chart-topping artists to Academy Award-winning actors, Montreal has and is currently hosting a slew of the world’s most beloved celebrities. Keep your eyes peeled for Ben Stiller, Luke Wilson, Keanu Reeves, Bruce Willis, and more who are all filming in Montreal.
When: Any time!
Where: Various locations

Titled “Focus: Perfection,” this temporary exhibit focuses on Robert Mapplethorpe, one of the most influential photographers of the 21st century. The exhibit hails all the way from Los Angeles and was curated by the Los Angeles County Museum of Art and the J. Paul Getty Museum in collaboration with the Robert Mapplethorpe Foundation. “Focus: Perfection” will track Mapplethorpe’s work from the beginning of his career in the 1960s to his tragic death in 1989. See this exhibition for free on the last Sunday in December!
When: Tuesday 10 am-5 pm, Wednesday 10 am-9 pm, Thursday to Sunday 10 am-5 pm
Where: Montreal Museum of Fine Arts, 1380 Rue Sherbrooke Ouest

Montreal is pretty damn Instagram-worthy. Whether you’re at a hipster coffee shop or shopping on Sainte Catherine, it’s hard to resist pulling out your smartphone, snapping a pic, and publishing it on the famed picture-sharing app. From a Habs game at the Bell Centre to the Notre Dame Basilica or Palais du Congres, there are plenty of places to nab that picture-perfect Insta photo.
When: Anytime
Where: For a list of the 15 most Instagrammed spots in Montreal, click here

Before it gets too cold, go out and explore Montreal’s famous street art scene. Take a self-guided tour and stare in awe at all of the incredible urban art on the streets of Montreal’s Plateau neighbourhood.
When: Any day of the week
Where: The Plateau

Hosted by the Church of St Andrew and St Paul in Montreal, Carols by Candlelight is an annual Christmas tradition in which the church’s choir sings Christmas carols all night long. Accompanied by a candle-lit procession, choral music, readings, and meditation, this event welcomes Montrealers everywhere.
When: December 18, 7 pm
Where: 3415 Rue Redpath

Before the fall foliage completely disappears, head over to Saint Joseph’s Oratory, a Roman Catholic Basilica that was completed in 1967. While it might not be Canada’s oldest church, it is Canada’s largest and most impressive church. Set on Westmount Summit, the views from the top are breathtaking.
When: Open everyday from 7:45 am to 9 pm
Where: 3800, chemin Queen Mary

The McCord Museum just opened a new exhibition this month. Titled, “Notman, A Visionary Photographer, the photo exhibit offers “ a new perspective on the career of William Notman (1826–1891), who became the first Canadian photographer with an international reputation during the nineteenth-century.” Though the vintage photographs are the biggest draw to this exhibit, they are complemented by interactive multimedia installations and contextual information about life in the nineteenth century. Admission to the McCord Museum is free every Wednesday after 5pm!
When: November 4, 2016-March 26, 2017
Where: 690 Rue Sherbrooke O