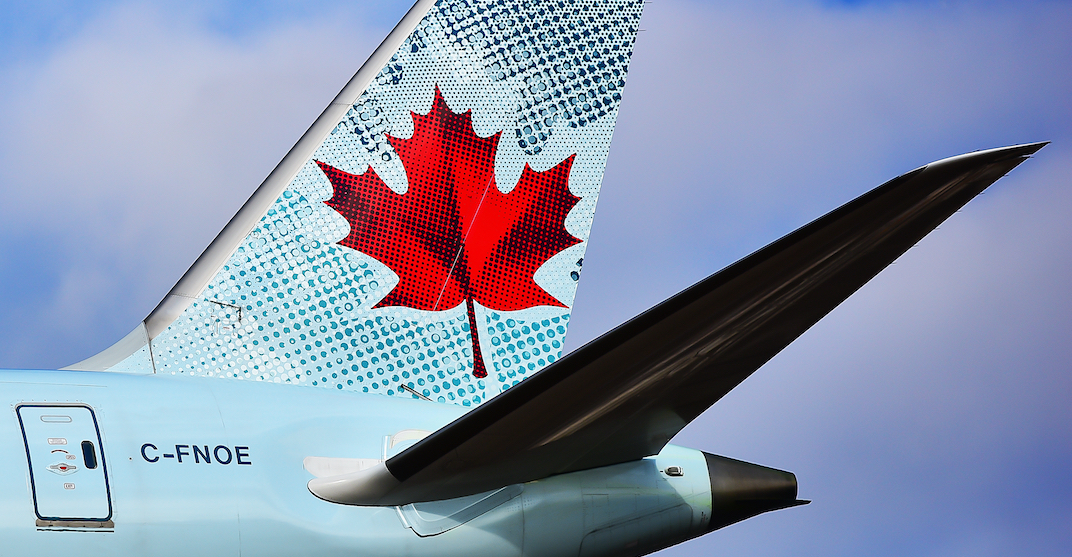 Since December 21, 24 new flights have been added.

According to the Government of Canada, passengers on a dozen international flights that touched down or departed from Montreal could have led to exposure.

In terms of domestic flights that departed from Montreal or landed at YUL, 12 could have led to virus exposure since the end of December.

Most recently, an international flight from Fort Lauderdale (flight AC901) touched down in Montreal on New Year’s Eve. Other potential international exposures came in from Casablanca, Cancun, Istanbul, Tunis, Cayo Coco, and Doha. 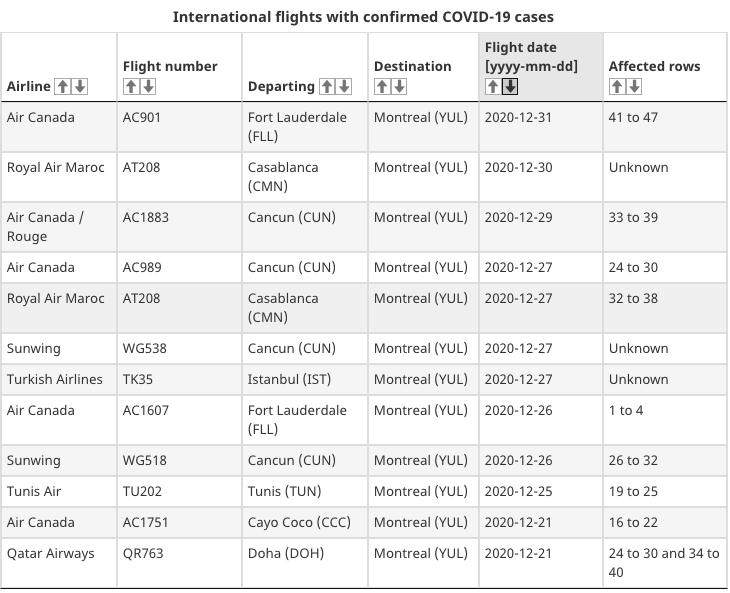 Domestically, flights departing from or landing in Montreal have come from Vancouver, Toronto, Charlottetown, Fredricton, Calgary, and St. John’s, with affected rows identified for all except a December 29 flight from Toronto. 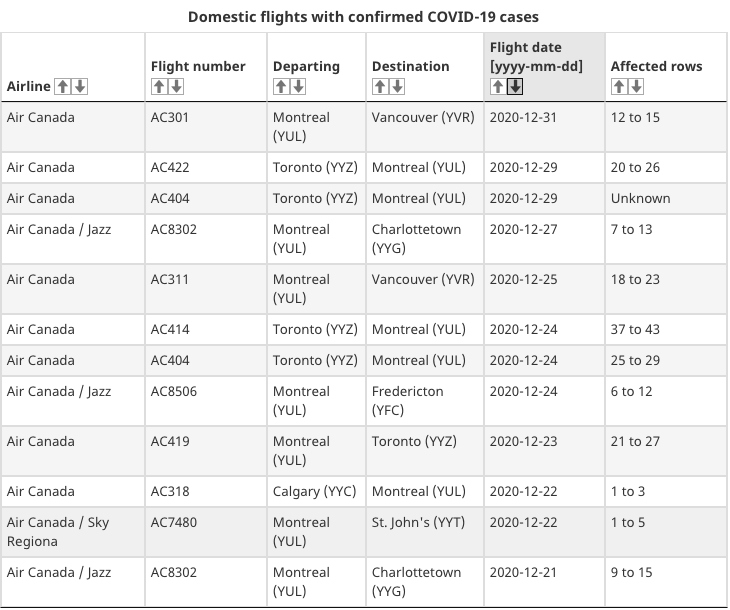 Earlier this winter, Dr. Theresa Tam, Canada’s Chief Public Health Officer, said there have been “very few reports” of COVID-19 spreading on board airplanes. She says it’s “extremely rare,” and as doctors and scientists learn more about the ventilation on modern aircrafts, they are not as hospitable to the virus as previously thought.

Earlier this month, a number of Canadian politicians revealed they had travelled internationally over the holidays, even as COVID-19 cases soared across the country.

Tam says that procedures such as mandatory mask-wearing and proper physical distancing should help limit the spread of COVID-19 on an aircraft.