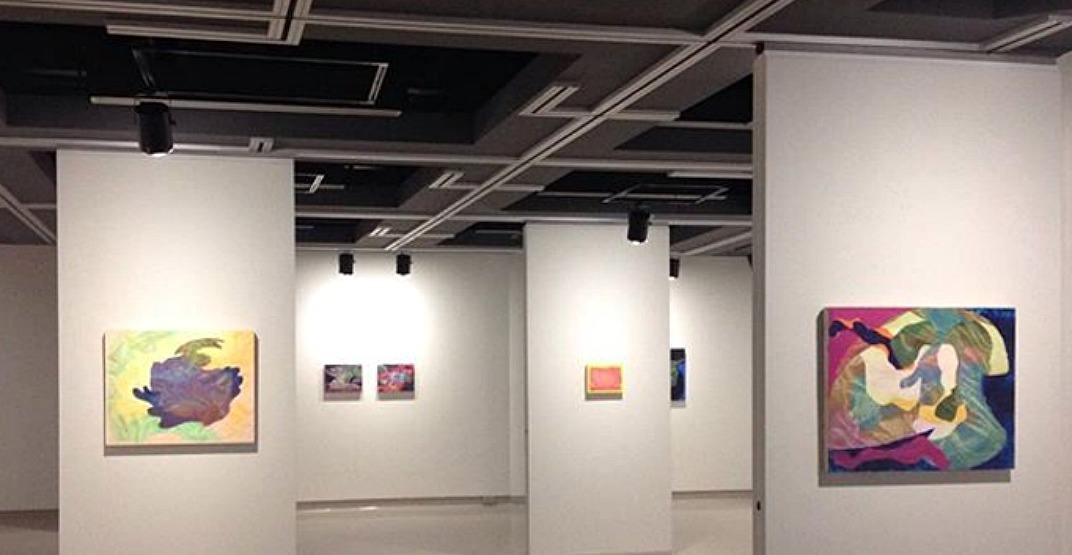 Canada is home to some truly magnificent up-and-coming artists.

And that’s why RBC established the Canadian Painting Competition, developed through its Emerging Artists Project.

Now in its 19th year, the competition recognizes and nurtures the careers of local artists and supports the thriving Canadian visual arts community. It seeks to inject the vitality and diversity of new talent into Canada’s arts landscape.

And now that the 15 jury-selected finalists for this year’s competition have been announced with Canadian Art, we can share their work with you.

Each artist will have their work exhibited at The National Gallery of Canada in Ottawa from September 1 to October 22. The three winners are set to be announced on October 17 following two days of jury deliberation.

In total, the RBC competition will award $85,000 in prize money to the winners. After this, the winning artists will have their paintings added to RBC’s Corporate Art Collection.

Here’s a look at the five eastern-based artists works which have made it to the 2017 RBC Canadian Painting Competition finals. 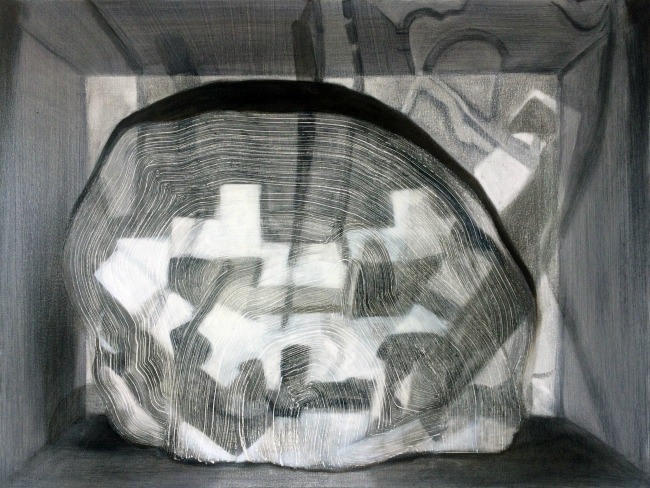 Artist David Kaarsemaker is based in Gatineau and painted this oil and acrylic on canvas work for the RBC Canadian Painting Competition. Represented by the Christina Parker Gallery, he holds a bachelor of fine arts from Concordia University and a masters of fine arts from the University of Ottawa.

“My paintings explore the dichotomy between illusory depth and material surface, making use of models created from photographs that reference idealism in architecture. I paint images that have become increasingly distorted, limiting access to them through a scrim of surface gestures,” said Kaarsemaker. 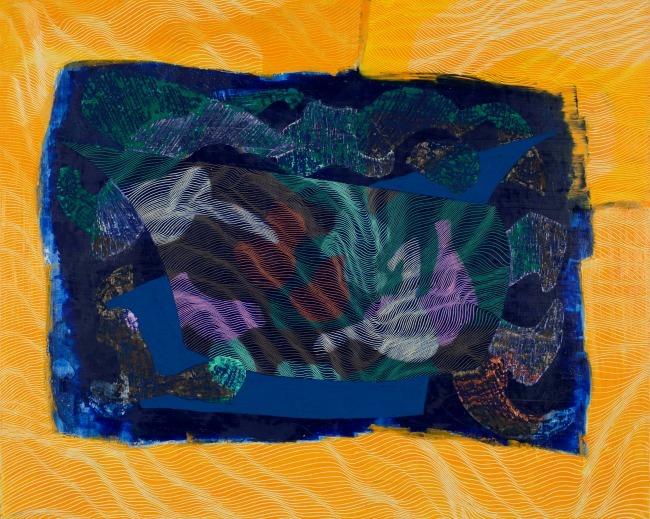 Gatineau-based artist Kizi Spielmann Rose is a 2017 graduate of the master of fine art program at the University of Ottawa. He used acrylic, oil pastel, and oil stick on panel for his entry “Sun and a Tide Pool” which illustrates his interest in one of painting’s fundamental dichotomies: the illusory potential of painted images to depict virtual light, space, and movement on the one hand, and the physical reality of pigment on a surface on the other.

“I work slowly and methodically to produce scored lines across the surfaces of my paintings; each subsequent line responds directly to the previous one, and in this way they are a diaristic account of time and touch,” said Spielmann Rose. 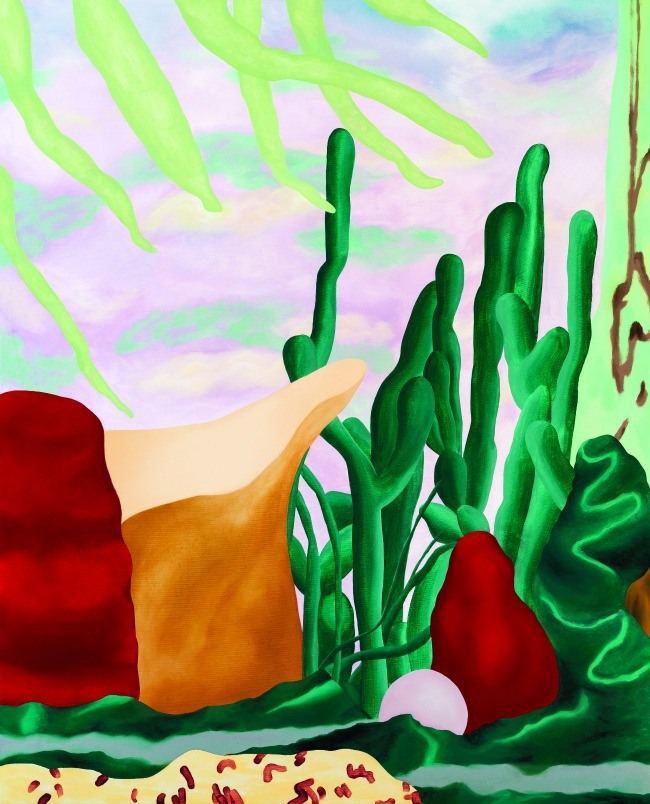 Joani Tremblay is a graduate of the master of fine arts program at Concordia University and received her bachelor of fine arts from from UQAM. She has painted this oil on canvas which is now in the finals of RBC’s competition. And to-date, she has participated in residencies in Berlin and Tokyo, and has upcoming solo exhibitions in Los Angeles and in Stockholm.

“I paint utopias, illusory places imagined as pleasure states, or a feeling of a place, tangling between abstraction and representation,” said Tremblay. 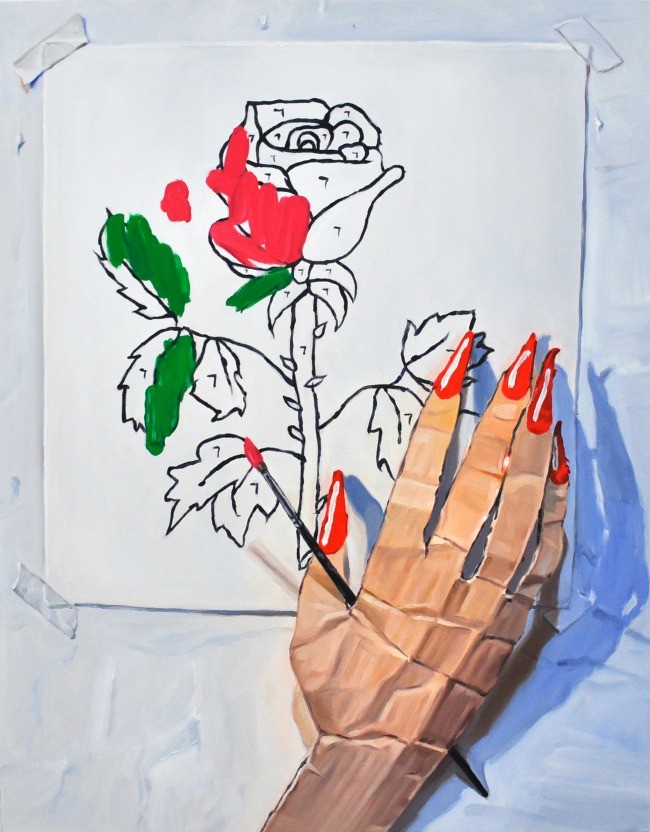 Artist Laura Rokas-Bérubé is based in Lacolle and painted this oil on canvas titled “Paint by Number 7″ which has made it to the final of RBC’s competition. The award-winning artist graduated from the San Francisco Art Institute in 2016 with a master’s in fine art and she received a bachelor’s degree in painting and drawing from Concordia University.

“Symbols, both common and cryptic, are scattered throughout my paintings as a means to cultivate familiarity and create confusion,” said Rokas-Bérubé. 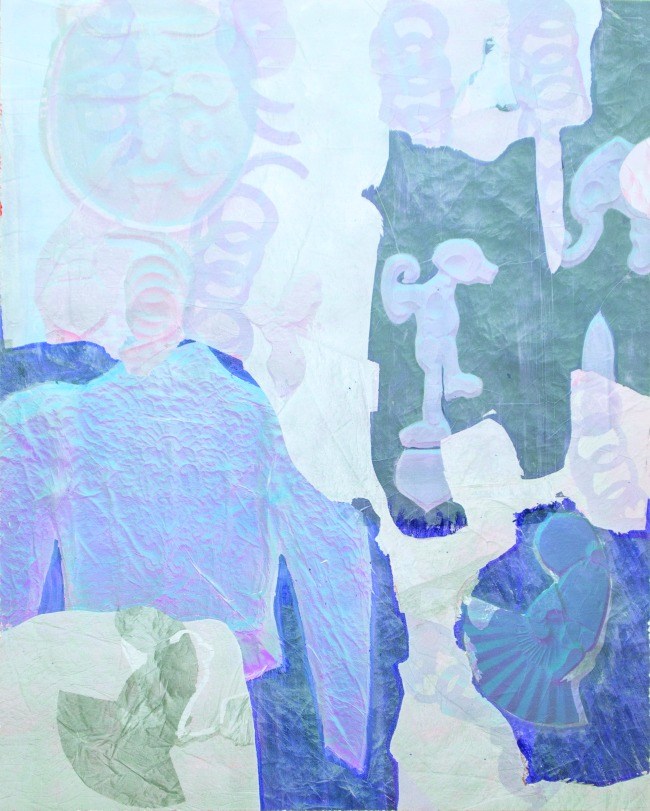 Teto Elsiddique graduated from Yale University last year with a master of fine arts in painting and printmaking. The Halifax-based artist has created “neckrings, a breezy thing” with acrylic paints on canvas for this year’s national painting contest. He’s a graduate of NSCAD University’s bachelor of fine arts program and his work also made it to the finals of RBC’s painting competition back in 2014.

“These paintings are a search for a history in our present existence found in the tracings of our everyday objects,” said Elsiddique .

Other entrants who have made it to the final include Wei Li from the University of Alberta, Vancouver-based artist Angela Teng, M.E. Sparks from Emily Carr University, Michael Freeman Badour, Ambera Wellmann, and Amanda Boulos from the University of Guelph, Laura Payne, Toronto-based Veronika Pausova who studied at the Virginia Commonwealth University, and Cindy Ji Hye Kim from the Yale School of Art.

You can check out all of the finalists paintings at an exhibit occurring at the National Gallery of Canada from September 1 to October 22.

RBC is dedicated to helping communities prosper, supporting a broad range of community initiatives through donations, community investments and employee volunteer activities. The RBC Canadian Painting Competition is just one of many initiatives that demonstrate RBC’s long-standing support for the arts, as well as being one of the most active collectors of Canadian contemporary art in the country.

For more information about the 2017 painting competition, visit RBC online. To get the latest updates and to stay in the know, check out RBC on Facebook and Instagram.