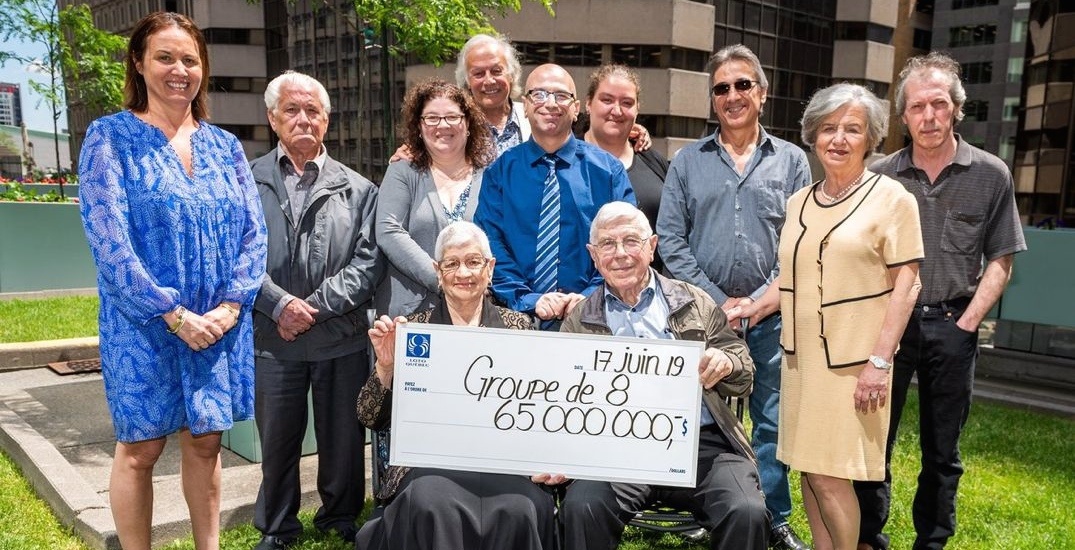 After winning a $1 million prize in 2017 on a Loto-Québec Extra, Giuseppa and Nunzio Lanteri won the historic $65 million Lotto Max jackpot, the largest lottery prize ever won in the entire country.

According to the Loto-Québec press release, Giuseppa Lo Giudice Lanteri won a ‘Free Play’ ticket through Québec Max, to which she decided to add Lotto Max and Extra.

The add-on became the biggest lottery prize in history.

The winning ticket was purchased at Dépanneur Springland in Montreal and the convenience store will collect a cool $650,000, 1% of the jackpot, as commission.

During their first lottery go-around, the Lanteris family split the $1 million winnings among their two children and plan on splitting last week’s whopper eight ways, again, within the family.

“We’re happy to be able to provide for our kids,” says Nunzio. The family plans to purchase a new home in the same Montreal neighbourhood they’ve been living in for 50 years, as per Loto-Québec.

Instead of taking your chances at future lotteries, we’d recommend befriending the Lanteris family instead, your odds may be higher.