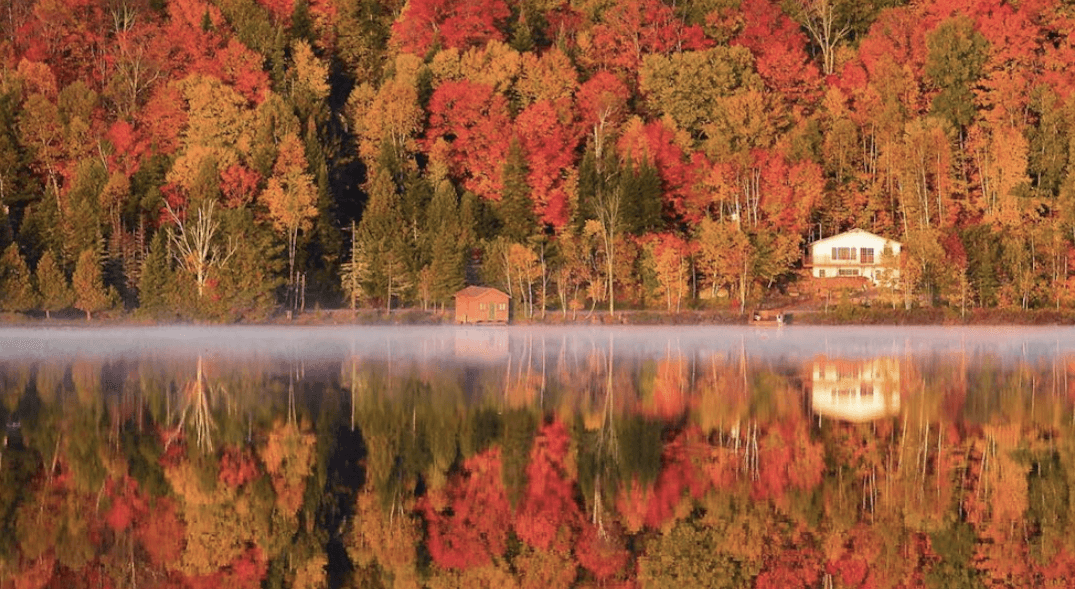 Winter is just a few short months away, but first up, fall.

Regarded by many as their favourite season of the year because they can wear layers and live out their own version of Danish hygge (see: coziness), autumn also an opportune time to venture beyond city limits for some good, old-fashioned walking around in the woods.

Winding eight kilometres through Gatineau Park near Ottawa, the Wolf Trail is ideal for those who don’t mind spending three or more hours in the great outdoors. The reward? Pretty much everything: wildlife, lakes, rivers, streams, lush forests, and plenty of lookouts.

One of the great things about living in Montreal is that a quick trip across the border is always in the cards. One such trip should be to the Prospect Rock Trail, which crosses several mountain streams and features plenty of elevation to keep your legs busy. Views of the rolling Mount Equinox are a highlight.

Renowned for its panoramic views at 800 metres elevation, the Sentier Du Morne Trail is an easy three-kilometre jaunt through the rolling hills of Eastern Quebec.

Mont Tremblant National Park is widely considered to be Quebec’s most precious natural treasure, and for good reason. There are too many trails to count within its 1500 square kilometres of parkland, each with its own draw. Climbing to the top of Mont Tremblant is never a bad idea.

The top attraction here is North America’s longest pedestrian suspension bridge, which hovers above the Coaticook Gorge below. Even cooler is the Foresta Lumina, an illuminated pathway that lights up the forest for night walks.

Home to some of the best views in the province, Mont-Orford National Park boasts a stunning waterfall, boardwalk lookouts, and several fantastic spots to swim. The Des Trois-Etangs Loop leads you through the full experience.

Here’s something you won’t find in Quebec. The Franconia Ridge Loop Trail runs along the bare ridge of the White Mountains with views as far as the eye can see. At almost 15 kilometres long, we’ll file this one under ‘challenging’ on the fall hikes difficulty scale.

So close to Montreal you can take transit (Baie-D’Urfé station). This 610-acre forest reserve offers 25 kilometres of hiking trails on the western tip of the island and is ideal for a day trip that still leaves time for a relaxed brunch in the city before heading out.