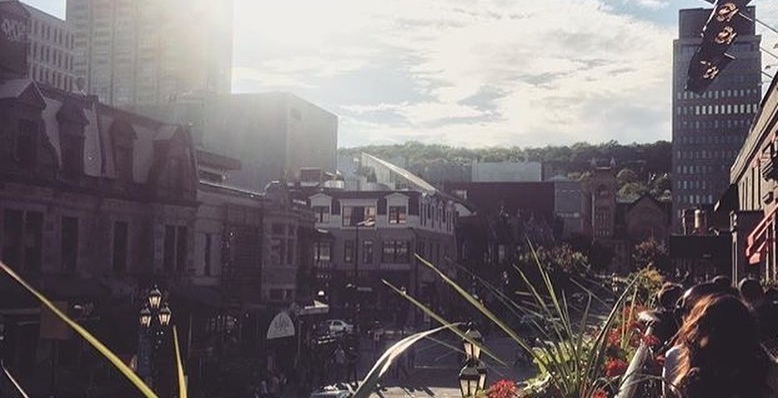 Bad news: the long weekend is over. Good news: It’s going to be a short week. Here are a few cheap and free things happening around Montreal, on May 22, that’ll get you closer to the weekend.

When: Every Tuesday at Honey Martin

Get some laughs into you at the beginning of the week. The Blue Dog Motel is a bar that hosts an open mic for stand-up comedy every Tuesday. It’s a well-known spot for comedy and the line-up is usually filled with seasoned comedians who are either polishing old jokes or testing out new material. They also have a shot and beer special and give out free candy.

When: Every Tuesday at The Blue Dog Motel

Why not check out Deadpool 2 for cheap? Or give Avengers: Infinity War a go? Or watch a non-superhero movie. Regardless, Scotiabank Theatre Montreal offers cheap movie tickets for its Tuesday crowd. They also have offers on snacks. Who can say no to that popcorn? It smells so good.

When: Every Tuesday at Scotiabank Theatre

Time: Varies depending on selection

Steve Creep is one of, if not, the most talented gig musicians in Montreal. He claims to know over 1,500 songs and will gladly play any of them at your requests. Swing by Mckibbin’s Irish Pub for a pint but stay for the music. Steve will get your toes tappin’ even if you try to force yourself not to – he’s that good.

When: Every Tuesday at McKibbin’s Irish Pub

Encore Books & Records is a cozy, family-run bookshop that sells and buys used books and records. The store is crammed with books from the floor-to-ceiling and their prices are just as good as their selection. Head to Encore and grab yourself a cheap book, find a nice park or patio, and get lost in a little bit of literature.

When: Encore Books & Records is open year round