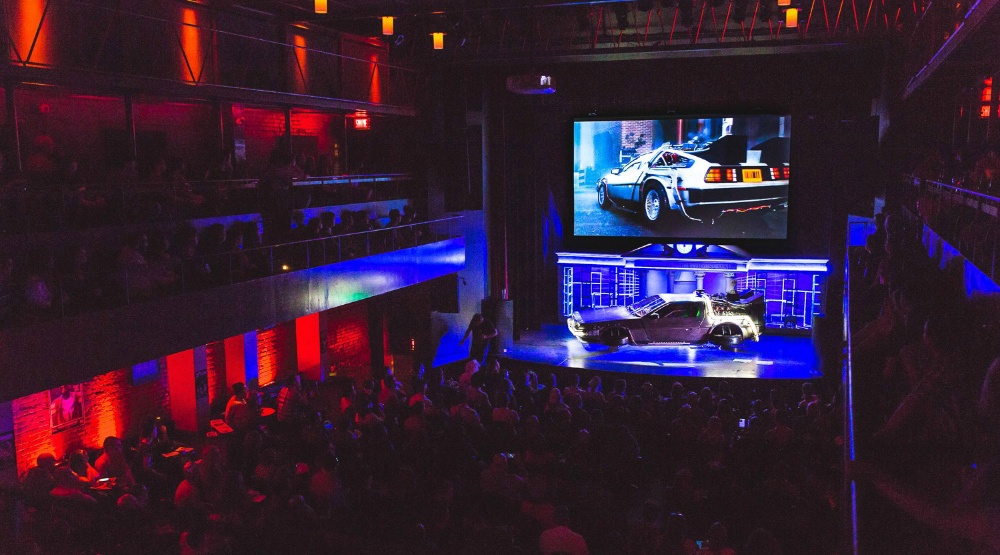 From an unusual film festival to legendary DJ TIGA performing live, here is everything you need on your social calendar today.

Watch a movie at the SPASM Festival

What: The Spasm Festival has dedicated itself to showcasing the most unusual films in cinema. Taking place over Halloween weekend, SPASM will be screening Total Crap 12 on October 27th, a preface to their grand night of horror movies on October 28th. On Friday, October 28th, SPASM will be taking over Club Soda, playing a slew of the goriest horror movies before screening The Evil Dead in honour of the film’s 35th anniversary. If you’re a film buff looking to get your horror fix this Halloween, you should definitely consider heading to Club Soda for the SPASM Festival.
When: October 27 and 28
Where: Club Soda, 1225 Boulevard Saint Laurent

What: Iconic Canadian electronic music producer Tiga is set to play his debut headline live show for the first time in its entirety in Montréal at Théâtre Berri tonight. The show, which will see Tiga joined onstage by Jori Hulkkonen, is a collaborative project involving design collective Pfadfinderei and Helmi, whom Tiga worked with on the widely acclaimed “Bugatti” video. Housed within Pfadfinderei and Helmi’s production, Tiga will perform live vocals alongside Hulkkonen, with the emphasis shifting between Tiga’s performance, the lighting effects, and projections.
When: October 27
Where: Théâtre Berri, 1280 rue Saint-Denis, Montreal, Quebec H2X 3J6

What: Alcove is a series of live talks, featuring entrepreneurs, and craftspeople who are leaving their mark on the universe through their talent, values and appetite for making the impossible possible. Today’s guest is Marcus Troy, multi-faceted creative hailing from Montreal, he is the founder of Marcus Troy Inc. a consultancy that works with brands from around the world on creative ideas, content development, social media, product and curated initiatives. If you need to get creatively inspired, you need to see this guy.
When: October 27
Where: Secret location revealed upon purchase of ticket

What: Located in nearby Mont Saint Hilaire, Verger du Flanc du Nord is the perfect place to spend a Sunday afternoon. In addition to the standard u-pick pumpkins, they also make their own apple cider and have special Halloween-themed events throughout the month of October where you are encouraged to dress up in Halloween costumes.
When: Every day, 8 am to 7 pm
Where: 835 Chemin Rouillard, Mont-Saint-Hilaire

What: For two weeks in October, ExpoRail is going to be completely transformed. Filled with bats, spiders, ghosts, and skeletons, ExpoRail is celebrating Halloween in all its glory. In addition to the fun decor (yes, they’ll even be decorating the trains), children are invited to participate in arts and crafts workshops such as the making of a Halloween mask.
When: Now to November 1
Where: Exporail, The Canadian Railway Museum, 110 St. Pierre St.