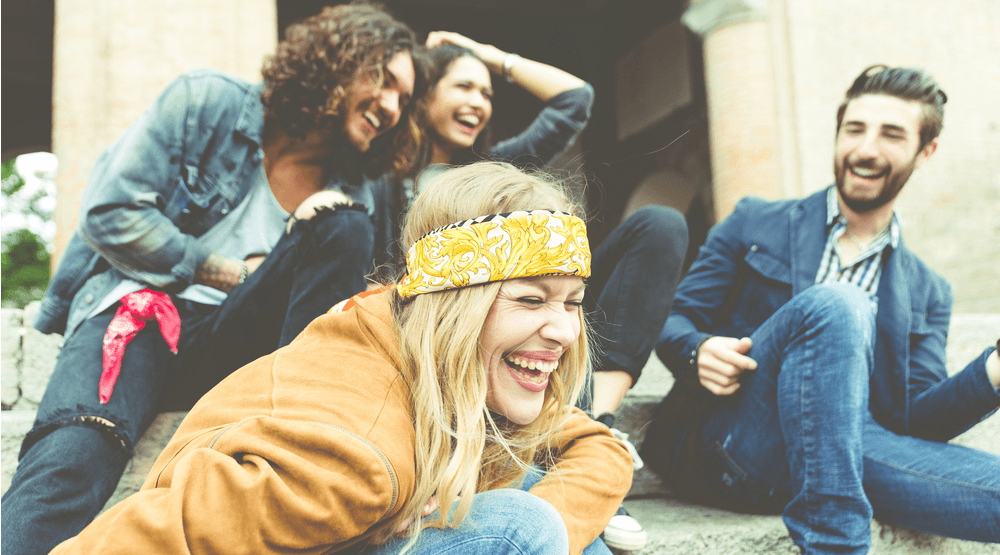 From a cat festival to an all-night party with epic djs, here is everything you need on your social calendar this weekend.

Celebrate your inner geek at Geekfest

Geekfest is coming to Montreal! For two days only, a geek convention will be taking over Montreal’s College de Maisonneuve. On November 5th and 6th you can expect this CEGEP to be filled with cosplayers, board games, and video games. This year’s program includes retro video games, an Artemis Bridge Simulator, allowing you to embark on a spaceship adventure, an amateur cosplay contest, and a talent show.
When: November 5-6
Where: College de Maisonneuve, 3800 Rue Sherbrooke E

Montreal’s very own cat festival, The Salon des Aristochats will take place on November 5th and 6th from 10am-5pm at Centre Pierre Charbonneau. Located near Olympic Stadium, this is your chance to discover cat-loving artists, browse hundreds of cat-inspired gifts and goodies, and participate in cat-themed activities. They will even have celebrity cats on-site for you to play with.
When: November 5-6, 10 am- 5 pm
Where: Centre Pierre Charbonneau, 300 Rue Viau

The Montreal Vegan Festival is back for the third year in a row! This means that Bonsecours Market will be filled once again with stalls upon stalls of delicious vegan goodies. On November 5th and 6th, 50 exhibitors and thousands of vegan-minded people will be taking over the Bonsecours Market “to discover the healthy diet and the way of life of veganism by exploring the health, ethical and environmental aspects of veganism.” The two-day vegan extravaganza will feature local and international speakers, culinary demos, discussion groups, and food tastings.
When: November 5 to November 6
Where: Bonsecours Market, 350 Rue Saint Paul Est

Nederlands Dans Theater returns to Montreal in force, after a twenty year absence, with a much anticipated show featuring its world renowned exceptional dancers.  You can expect sophisticated choreography in an efficient, minimalist set design: an open cube suspended in mid-air for the first piece, and video projections on large screens for the second, with the lighting transforming the space as much as in In the Event by Crystal Pite.
When: Until November 5
Where: Place des Arts, 175 Rue Sainte-Catherine

Celebrate Arab culture at the one and only Festival du Monde Arabe de Montreal. The festival is launching its 17th edition this November, running from October 29th until November 13th. Dedicated to the joining of Arabic and Western culture, the Arab World Festival of Montreal is divided into four sections: performing arts, culture form, cinema, and orientalys. This year’s program features an array of cultural events lasting 16 days. There will be a multitude of musical performances, film screenings, and intellectual talks taking place all over the city, many of which are free.
When: October 29-November 13
Where: Various locations, click here for more info

MTL a TABLE is back, hosting its infamous Restaurant Week for 10 whole days. Starting on November 3rd and ending on November 13th, Restaurant Week will allow Montrealers to get a taste of some of the best dishes Montreal has to offer at a serious discount. Over 150 restaurants are participating in this year’s Restaurant Week, which means you’ll have the chance to eat pretty much anything you’re in the mood for. The best part? Meals will only set you back $21, $31, or $41. And we’re not just talking for one dish. No sir, $21-$41 will get you a gourmet table d’hote dinner.
When: Until November 13
Where: Various locations

For three days La Grande Degustation de Montreal will be gracing our city. Taking over Place Bonaventure from November 3rd to 5th, La Grande Degustation will attract over 13,000 visitors to its gathering of nearly 2,000 wine, beer, and spirits exhibitors. This unique event brings wine producers, beer brewers, and spirit distillers together under one roof to celebrate their passion for alcohol. Grab your ticket, stroll through the exhibits, and of course, taste as many samples as your heart desires!
When: November 5th 1 pm-9 pm
Where: Place Bonaventure, 800 de la Gauchetière Street West

NVA returns for Fall following the hugely successful Equinox all-nighter at Espace Reunion in September. For this show they are changing gears a bit and are hosting a party in something completely opposite to a raw warehouse venue: the beautiful and intimate upstairs Cabaret room at the Rialto Theatre.  Andrew will be on deck for his Canadian debut. The Australian has amassed underground superstar cred for a slough of emotive and sunny releases that have afforded him cult-like status in the new school of talented house producers. Get ready to party.
When: November 5
Where: Rialto Montreal, 5723 Avenue du Parc

Check out a scintillating new musical created by an all-Canadian team. Prom Queen tells the incredible true story of Marc Hall, a small-town teenager who just wanted to take his boyfriend to prom, but ended up taking the Catholic School Board to court – all in the name of love! Date night anyone?
When: Until November 20
Where: Segal Centre,  5170 Chemin de la Côte-Sainte-Catherine

Festival de Films Francophone presents Cinemania. From November 3rd until November 13th, this Francophone film festival will be taking over the historic Imperial Cinema for 10 full days of movie screenings. Cinemania has been running for 20 years in Montreal and at this point, is a staple in the city’s culture. The highest quality French films are selected each year, some of which feature the greatest names in French cinema, and others that feature up-and-coming actors and actresses. One of this year’s most anticipated films is From the Land of the Moon starring Marion Cotillard and Louis Garrel, which opens the festival on November 3rd.
When: Until November 13
Where: Imperial Cinema, 1432 Rue de Bleury

The Montreal School of Gemology is hosting its 57th  annual Montreal Gem and Mineral Club Show this November. From November 4th until November 6th, Place Bonaventure will be filled to the brim with shiny gems and minerals from all over the world. Local and out-of-province dealers will take part, selling all kinds of minerals from exotic, faraway places like Afghanistan, Africa, and Brazil. Over 100 vendors will attend, displaying everything from fossils and carvings, to precious gems, sculptures, and jewelry.
When: November 4-6
Where: Place Bonaventure, 800 De la Gauchetière West

Montreal is set to host a giant pet festival in Place Bonaventure this November. Called the Salon National Des Animaux De Compagnie, the event will take place on Saturday, November 5th and Sunday, November 6th! The two-day animal extravaganza will feature ponies, a dog agility competition, a cat show, dog divers, and of course, the chance to meet and play with thousands of adorable animals. Rare animals such as miniature horses will be in attendance, in addition to the thousands of animals, ranging from rabbits and rodents to fish and birds, that will take over Place Bonaventure.
When: November 5 and 6 from 10 am-6 pm
Where: Place Bonaventure, 800 De La Gauchetière St. West