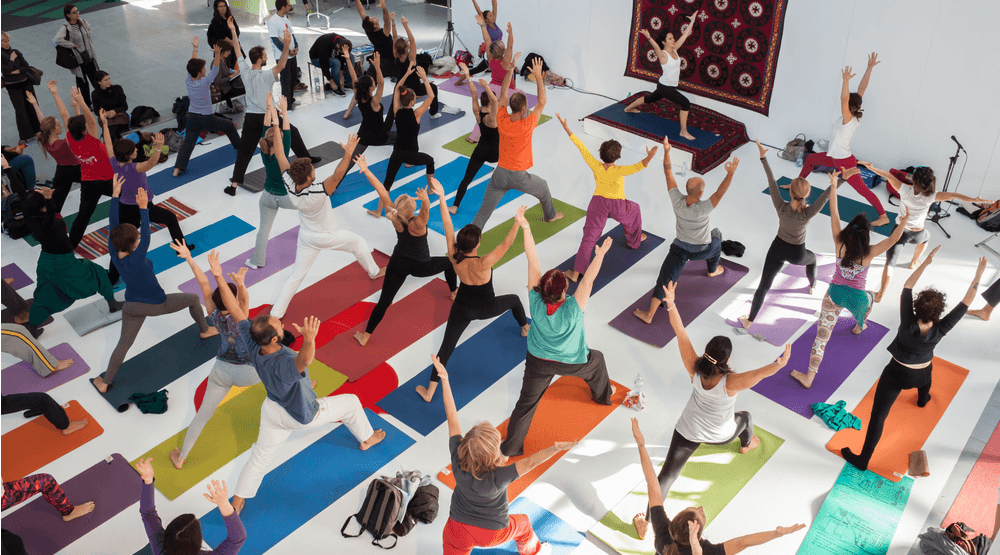 From a crazy circus to the yoga festival, here is everything you need on your social calendar today.

What: Illuminights is back with a breathtaking squad of carnival hustlers and circus sharks for its biggest, sexiest, and most improbable night. They will unleash a mayhem of madcap acrobats, cortortionist, manipulators, and dancers that will take you on a terrifyingly fun ride and will tell us all about fearless living.
When: November 11 at 7 pm
Where: Théâtre St-James, 265, rue St-Jacques, Montreal

What: Friday November 11th is the FIFTH night of the English side of the 11th annual Mprov festival at Montreal Improv Theatre! The night will feature some of the funniest ladies across the festival, a three-year veteran Improv team that is comprised of teachers, coaches, and sketch writers in the Montreal comedy community, and a Boston style free-form group that has been wowing audiences at festivals around the world.
When: November 11 at 7 pm
Where: Montreal Improv, 3697 St-Laurent, Montreal

What: The 5th Annual Yoga Festival Montreal is happening in our fair city from November 11th until the 13th. The festival encompasses three jam-packed days of asana, meditation, relaxation, music, philosophy, and politics. The weekend will feature over 30 styles of yoga and 50 hours of workshops, panels, classes, performances, and discussions.
When: November 11-13, 9am-6pm
Where: Centre Saint Pierre, 1212 Rue Panet

What: MTL a TABLE is back, hosting its infamous Restaurant Week for 10 whole days. Starting on November 3rd and ending on November 13th, Restaurant Week will allow Montrealers to get a taste of some of the best dishes Montreal has to offer at a serious discount. Over 150 restaurants are participating in this year’s Restaurant Week, which means you’ll have the chance to eat pretty much anything you’re in the mood for. The best part? Meals will only set you back $21, $31, or $41. And we’re not just talking for one dish. No sir, $21-$41 will get you a gourmet table d’hote dinner.
When: November 3-13
Where: Various locations