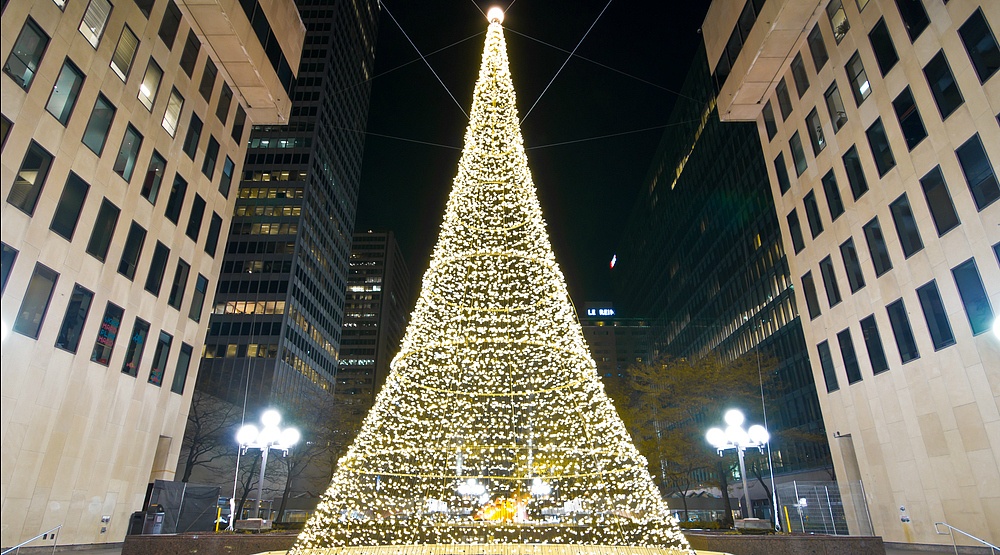 Merry Christmas, Montreal. If you’re looking to celebrate Christmas Eve outside of your house, the city has a bunch of great events to kick off the Christmas festivities today, December 24.

Few things in the city can compare to Christmas Mass at the Notre-Dame Basilica. Celebrate Christmas and Faith at one of the city’s most respected and gorgeous landmarks.

Slava’s Snowshow is a stage show created and staged by Russian performance artist Slava Polunin. The show won the Drama Desk Award for Unique Theatrical Experience and was nominated for the Tony Award for Best Special Theatrical Event.

Hosted by Just for Laughs at the timeless Théâtre St-Denis, the show will run for 15 dates, a variety of which have two or three shows per day.

Corteo is coming home. The Cirque du Soleil touring production premiered in Montreal in April 2005 and it’s back for 11 dates at the end of the month.

Corteo, which means “cortege” in Italian, is a joyous procession, a festive parade imagined by a clown. The show brings together the passion of the actor with the grace and power of the acrobat to plunge the audience into a theatrical world of fun, comedy and spontaneity situated in a mysterious space between heaven and earth.

If you want to hit the town on Christmas Eve, one of Old Montreal’s leading restaurants is featuring a special Christmas menu. Head to l’Auberge for some refined French cuisine in a chic and restored historic inn with thick stone walls, gorgeous decor and tasty grub.

Even if the rumours are true and this place is haunted, it’s still worth every bite.

Bring on the ghost of Christmas.

Mont-Royal Avenue will be getting a holiday makeover, featuring a slew of Christmas activities on Christmas Eve.

The festival will kick off with the Marche de Noël aux flambeaux, an illuminated Christmas market.

This year, 10,000 people are expected to take part in the Marche de Noël. The march starts off at des Compagnons (corner of Mont-Royal and Cartier) and the walk continues through La Fontaine Park. Marchers will be given an illuminated candle while walking to music by three different choirs, Les Voix ferrées, Montréal Gay Men’s Chorus, and la Clique vocale.