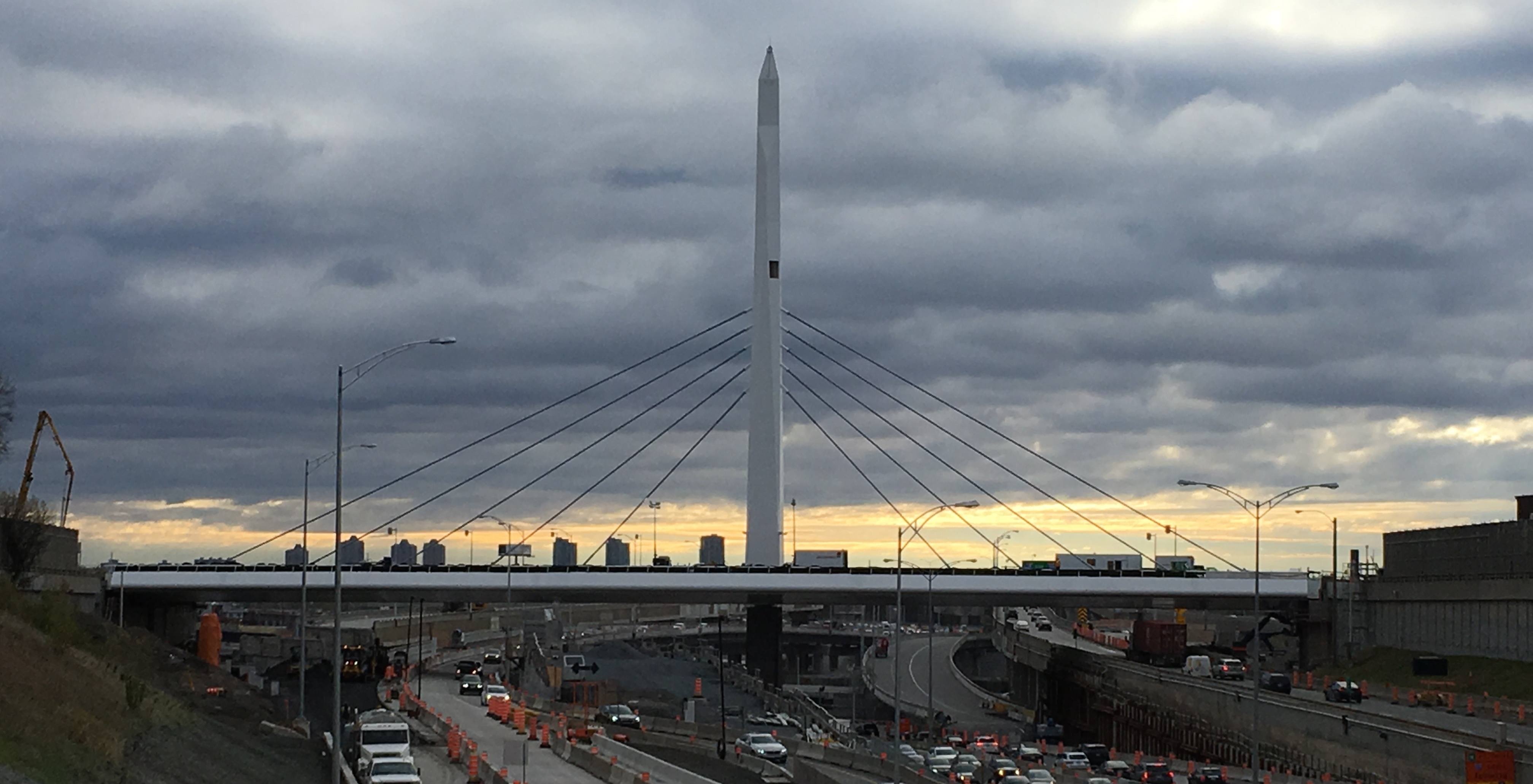 Montreal drivers going to and from NDG are getting an early holiday gift today as the long-awaited St. Jacques Bridge reopens today.

Located over the Decarie Expressway, the 124-metre overpass links Girouard Avenue and Décarie Boulevard and has been closed since March 2015 so it could be rebuilt to configure the incoming Turcot Interchange.

The new bridge features a white, 55-metre-high spire along with 10 cables that provide structural support. Before it closed, the overpass was being used by about 21,000 vehicles daily, according to Services Québec.

The celebrated reopening does come with a catch however. Because of recent bad weather, Transport Quebec said all the work on the bridge will not be completed this year and final touches will be put on the overpass this year.

Meaning, it will close again for a yet-to-be-announced amount of time in 2019.

For now, two lanes are open westbound and one eastbound. The sidewalk on the north side of the bridge is open to pedestrians while the south sidewalk will remain closed until the spring’s final opening.

Upon completion, the bridge will have three lanes in each direction.

Until then, let’s revel in some good news in regards to Montreal traffic and construction.