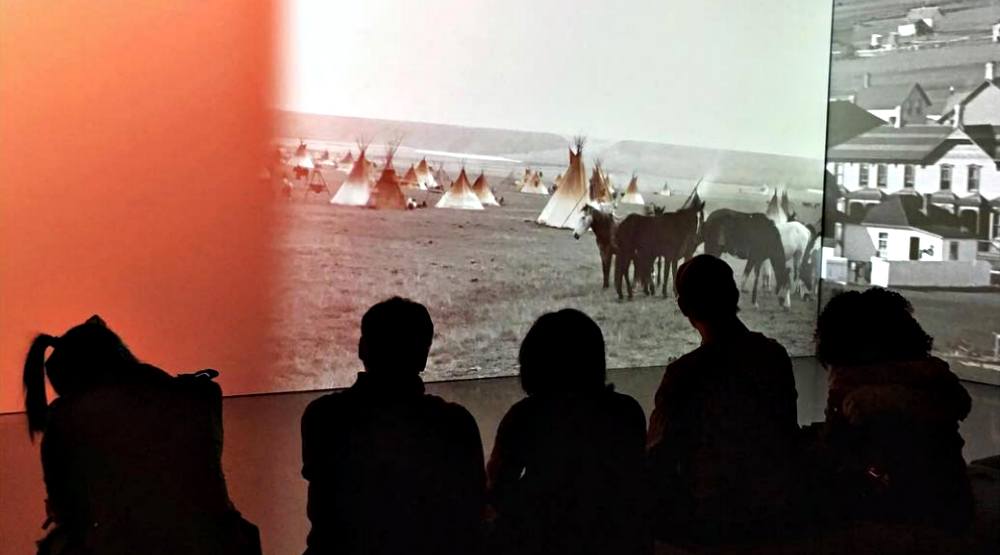 There is so much happening on any given week in Montreal that if you don’t take the time to pencil it in, you’re going to miss out. Time flies, theatre runs are short, distractions abound, and next thing you know you’ve missed what you had promised yourself you wouldn’t. I find that even Facebook events can’t help me now, since promising event after promising event piles on to my “to do” list, all eventually melding into one giant “impossible to get around to” list.

A Comedy Night with Hari Kondabolu

For their third annual speaker series event, McGill University’s SSMU Equity is presenting Hari Kondabolu, Monday, March 20, at 7 p.m. That’s right, that’s tonight, so apologies for the last-minute notice. Brooklyn-based and Queens-raised, Hari is a comedian and former immigration rights organizer, called “one of the most exciting political comics in stand-up today” by the NY Times. He truly is one of the most socially conscious and aware stand-up comedians working today and is very much worth following on Twitter for his daily musings on U.S. politics and social issues. The event is free and all the information is here.

I spoke to Hari and the good news for those (such as myself) who can’t make it tonight, is that he’s coming back to Montreal for Just for Laughs, so you’ll have another chance to catch his comedy later this year.

Here’s a sample of his stand-up routine.

There are currently two English theatre productions I can’t praise enough and both end their runs on April 2, so you better get moving.

Angélique, a co-production between Tableau D’Hôte and Black Theatre Workshop directed by Mike Payette, is currently playing at the Segal Centre. Written by Canadian playwright Lorena Gale, Angélique is based on true events chronicling the life of Marie-Joseph Angélique; a black slave who was publicly executed for having allegedly set fire to Montreal in 1734.

Solid acting, beautiful directing, and the lyrical and poignant symbolism of using anachronisms to punctuate how slavery lives on through systemic racism, police brutality, and discrimination today was not lost on me. It had me in tears by the end. This play should be required viewing for all Montrealers – particularly for those who conveniently deny slavery existed in Quebec.

For information and/or tickets, you can go here.

You Will Remember Me, Bobby Theodore’s translation of François Archambault’s Tu te souviendras de moi, playing at the Centaur Theatre, tackles one man’s slow decline as he battles dementia and how it affects him and the ones closest to him. Jean Marchand in the lead is pitch perfect. In fact, the entire play is sensational and very much worth seeing, with complex characters and so many beautiful and intricate layers to the story.

For information and/or tickets, you can go here.

This is a 4-day curated festival (March 23-26) dedicated to feminist art in Montreal hosted at Mainline Theatre. It brings together over a dozen artists from the arts and activist community to spotlight unheard voices, explore feminism in performance and further the conversation about representation on the Canadian stage. The works selected for this year’s festival deal with themes of misogynoir, homophobia, sexual assault, and violence against women.

For information on all the plays and/or tickets, you can go here.

From March 27 to April 2, Montreal film buffs will have the opportunity to catch outstanding films showcasing contemporary Greek society in all its shapes and colour. In association with the prestigious New York Greek Film Festival, the 5th edition of the Montreal Greek Film Festival will present the very best contemporary Greek films. I looked at this year’s schedule and was quite impressed with the offerings. If you’re looking for a taste of something a little different from the usual Hollywood offerings, and if you’re interested into developing a deeper sense of what makes modern Greece and Greeks tick (beyond the newspaper headlines about a country being inundated with refugees and suffering terrible financial hardships) than this is a great way to do it.

Cloudy Sunday is the untold story of Thessaloniki’s Jewish community during the Second World War. 46,091 Jews from Thessaloniki were deported to concentration camps. Only 1,950 survived.

Worlds Apart is three separate narratives each following a love story between a foreigner and a Greek. Each story represents a different generation falling in love during a time of socioeconomic turmoil that dominates Europe. The Canadian premiere will be part of the Closing Night Reception.

For the entire Montreal Greek Film Festival schedule, you can go here.

The McGill Debating Union will be welcoming Desmond Cole to campus as their David A. Freedman Speaker for 2017 on Monday, March 27 at 6 p.m.

Desmond Cole is a Toronto-based journalist whose work includes a significant focus on issues of race in Canada and abroad, including his much celebrated piece: “The Skin I’m In: I’ve been interrogated by police more than 50 times—all because I’m black” featured in Toronto Life Magazine in 2015. A columnist with the Toronto Star and a regular contributor to Newstalk 1010, he is currently writing a book about black Canadians.

The Facebook event and all the details are here.

Last chance to catch Notman, a Visionary Photographer at the McCord Museum this week! Organized thematically, the exhibition features some 300 photographs and objects drawn primarily from the McCord Museum’s collection of William Notman’s career during the 19th century. Some superb black and white pictures of Montreal, Quebec, and Canada in general. The exhibition ends on March 26. For information, you can go here.

Get Out in Montreal movie theatres

If you haven’t seen Jorda Peele’s deeply original horror/thriller by now, get a move on it. This story about a young black man who visits his white girlfriend’s family estate, only to become ensnared in a more sinister real reason for the invitation, is some of the most edge-of-my-seat fun I’ve had in a movie theatre in a long time. Scary, funny, thought-provoking, full of clues and puzzles that add to the scathing social commentary, this is smart film-making and a deeply satisfying “yell at your screen” night out at the movies. Get Out and see it while it’s still playing on the big screen. It’s worth it.

Here are all the Montreal listings.