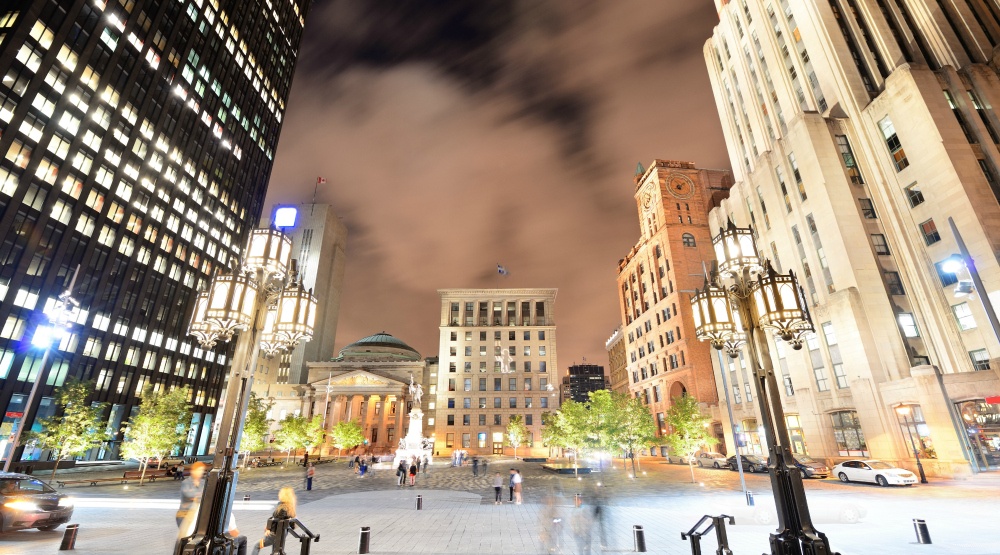 Take advantage of the spring weather we’ve been having and hit the town this weekend!

Between a major designer fashion show, Mac N’ Cheese Week, a monster truck show, and a musical performance of Harry Potter and the Philosopher’s Stone, there is plenty to enjoy on this fine April weekend.

For a little inspiration, check out 19 things to do in Montreal this weekend: April 7 to April 9.

Calling all shopaholics! Just in time for spring, the Big Fashion Sale by Quebec Designers arrives in Montreal this April. As one of the biggest shopping events of the year, it is taking place over the course of four whole days. Happening at Bonsecours Market between April 6th and April 9th, Montreal is kicking off the sale’s Quebec tour. Hundreds of designers will be represented, all of which will be selling clothing and accessories that are discounted between 50% and 70%. Participants include the likes of Rudsak, Cherry Bobin, Luc Fontaine, Mia More Collection, Eve Gravel, Nisse, Nadya Toto, Winnie Fashion, Sosie Sosie, Slak, GROB, Blush Lingerie, and many more.
When: April 6-9
Where: Bonsecours Market

Old Port has decided that they will be opening the MTL Zipline all winter long, which means you can soar through the air any weekend you like. This is the first time ever that MTL Zipline has opened during the winter and we can’t wait to take advantage of this momentous occasion! One trip on the MTL Zipline costs $19.99 for adults or $16.99 for children. Located at the Clock Tower in the heart of Old Port, don’t miss your chance to fly like Superman and marvel at the scenic wintery landscape beneath you.
When: Every weekend this winter, 11 am-5 pm
Where: Clock Tower, Old Port

Harry Potter and the Philosopher’s Stone In Concert

Don’t miss your chance to see the magic brought to life at PDA! Experience Harry Potter and the Philosopher’s Stone In Concert courtesy of Place des Arts. For the first time in history, Montrealers are being given the chance to relive the magic with a screening of the first Harry Potter film accompanied by a live orchestra. The 84-piece symphony orchestra led by conductor Justin Freer will perform every song in the film note-for-note, including the iconic score by John Williams. In addition, the film will be projected onto a 40-foot screen with French subtitles. This one-of-a-kind event will take place for two nights only this April. Get ready to be enchanted.
When: April 8-9
Where: Salle Wilfrid Pelletier, Place des Arts

Titled Monster Spectacular, 2017 marks the 29th edition of this exciting monster truck event. Suitable for parents and children, Monster Spectacular promises to deliver an action-packed show full of incredible stunts. Some of the best and biggest monster trucks will be making an appearance including the Red Baron and the Bounty Hunter. In addition to trucks, the event will also feature freestyle motocross, a speed bike stunt show, and ATV races.
When: April 8, 5:30 pm-10 pm
Where: Olympic Stadium

Montreal’s Fuck Cancer event features Matoma. The fundraising event requires the purchase of a t-shirt rather than a ticket. Fuck Cancer shirts come in different colours, representative of various cancer ribbons. You MUST be wearing your t-shirt to enter the party.
When: April 8 at 10 pm
Where: Theatre Berri / Le Quartier, 1280 Rue Saint-Denis

A festival entirely dedicated to showcasing the best mac and cheese dishes available in Montreal, Mac N’ Cheese Week 2017 is sure to be pure heaven. The festival will take place between April 3rd and April 10th, which means you have exactly one week to gorge yourselves on one-of-a-kind mac and cheese creations. Nearly thirty restaurants in the city are participating including Reuben’s, Faberge, Olive + Gourmando, Wienstein & Gavino, EVOO, Suite 701, Deville Dinerbar, Burger Royal, Les Enfants Terribles, and Le Cheese. For a complete list of participating restaurants in Montreal (as well as in Toronto and Quebec City), click here. To RSVP to Mac N’ Cheese Week 2017, click here
When: April 3-10
Where: Various locations

Is there anything better than maple taffy in spring? As part of Montreal’s 375th anniversary, the city has commissioned an urban sugar shack to travel all around the city of Montreal bringing maple syrup goodies to Montrealers far and wide. The Urban Sugar Shack will be visiting different Montreal neighbourhoods each weekend in March and April, and bringing with it musical storytellers, coffee and tea, maple treats, and a rustic wooden barn. The Urban Sugar Shack will roll into each borough and set up shop in a local park. Locations still left on the agenda include Rosemont-La Petite Patrie, Ville Marie, Lachine, and Cote des Neiges/NDG. Be sure to indulge in maple syrup on a stick before it’s gone!
When: Until April 16
Where: Parc Maisonneuve (April 8), Emilie Gamelin Park (April 9), Kent Park (April 14), Parc Lasalle (April 16)

You can play the hottest new recreational game right here in Montreal. Known as Archery Tag (or Arc Tag for short), Combat d’Archers is the place to spend a Saturday afternoon in Montreal. This new, hybrid sport is a mix of paintball and archery. It sees players running around a room of over 10,000 square feet, using airsoft weapons to tag their opponents. Each session is one hour in length, excluding 20 minutes of training which is required before every game.
When: Monday to Friday 12 pm-11 pm, Saturday and Sunday 9 am-11 pm
Where: 3955 Rue de Rouen