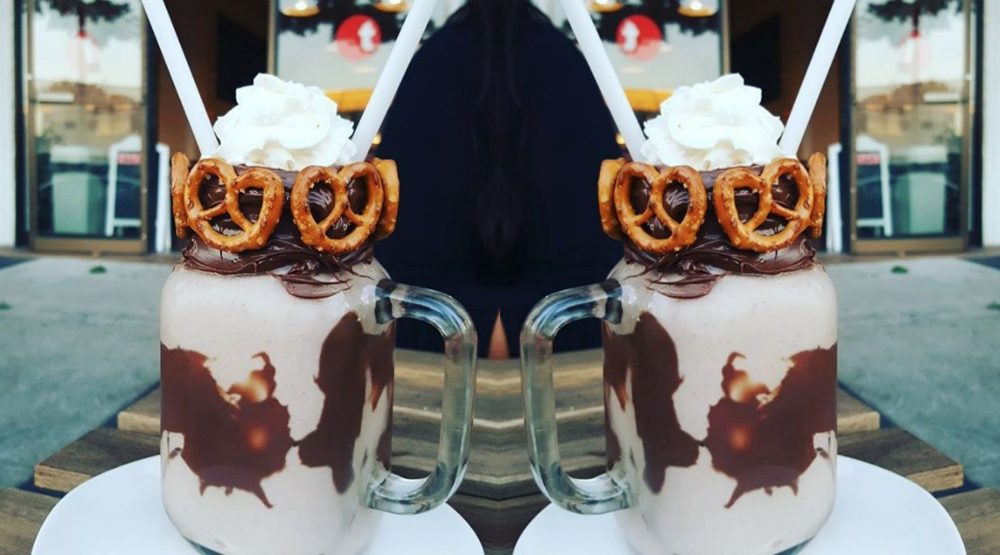 Tella’s may be the new kid in town when it comes to dessert, but man, are they shaking things up.

Smothered in whipped cream, Nutella drizzle, and plastered with pretzels, you won’t be able to get enough of these sweet and salty treats.

In addition to their Nutella milkshake (otherwise known as the Freakshow), they offer a few other enticing choices. From typical ice cream and strawberry and bombolone freakshakes (topped with an entire donut), to warm chewy brownies and banana Oreo Nutella waffles, you won’t be able to resist stopping by this Montreal eatery.

For a little inspiration, check out the photos of Tella’s amazing dessert creations below: