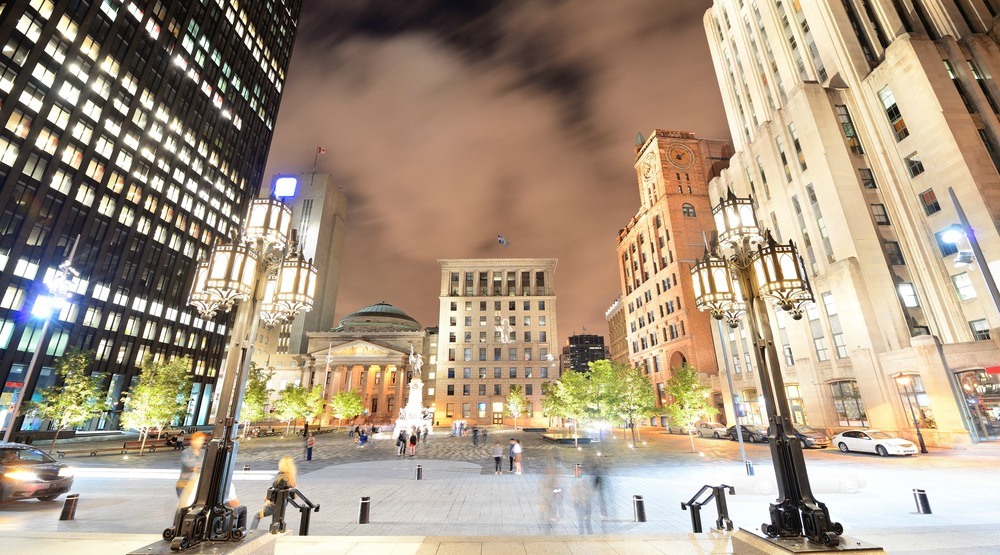 It seems a shame to rain on Montreal’s parade, what with our 375th anniversary celebrations underway, and the city’s grandiose plans to light up bridges and install tree stumps on the mountain, but the Conference Board of Canada has a bit of bad news for us. Well, a lot of bad news for us actually.

In a first for the non-profit, independent, evidence-based national think tank, it issued the results of a country-wide study of the physical and socio-economic health of 10 metropolitan areas in Canada.

The 10 cities included in the City Health Monitor report were: Vancouver, Edmonton, Calgary, Saskatoon, Winnipeg, Ottawa, Quebec City, Toronto, Montreal and Halifax. The cities were assessed and ranked according to a series of benchmarks or indicators grouped into four categories: Life Satisfaction; Population Health; Healthy Lifestyle; and Access to Healthcare Services.

This study uses a report card-style ranking of A–B–C–D to assess the performance of the CMAs for each indicator. While Saskatoon finished first in the rankings, we came in a dead last, earning a very unimpressive D.

“It’s bad, isn’t it?” said a colleague when she sent me the link.

“By comparing population health, lifestyle and satisfaction, and health care system performance across key indicators, we can better understand the differences between cities,” explains the report. “We can recognize what is achievable, pinpoint policy priority areas, and track the impact of policies or changes in processes over time. By highlighting gaps in performance, we can work toward closing them and improving the performance of the health care system and the health of Canadians — outcomes that ultimately have the potential to reduce health care costs.”

Calgary, Saskatoon, and Winnipeg all received the best health rankings, with all three cities getting straight A’s. Quebec City came in fourth, with Ottawa-Gatineau right behind. They were followed by Vancouver in sixth place, Halifax in seventh, Edmonton in eighth, Toronto in ninth and Montreal a dismal tenth.

Not unsurprisingly, Vancouver (land of jogging and yoga) fared best in Population Health, which rates health indicators like diabetes, hypertension, mood disorders, heart disease, cancer, and other factors, while Montreal ended up with a middle-of-the-pack finish and a C grade overall.

Saskatoon ranked first in Life Satisfaction, with its strengths derived from its residents’ feeling satisfied with life in general, feeling a sense of belonging to the local community, and feeling very healthy. Calgary and Edmonton weren’t far behind. Ottawa-Gatineau, Québec City, and Toronto all scored C grades, with Quebec City scoring really high on life satisfaction, but quite low on perceived belonging to the local community and perceived life stress.

Montreal and Vancouver scored D grades, with both reporting high work and life stress, but on a positive note, Montreal residents report high levels of overall satisfaction with life in general, which may mean our notorious “joie de vivre” may pay off in other ways.

Again, when it came time to measure Healthy Lifestyle, it’s not surprising that Vancouver came out on top. Obesity, smoking, and heavy drinking seem to be no-no’s there, while Calgary managed to score top marks because of its relatively active population. Toronto (least active city), Quebec City (most heavily into drinking), Ottawa-Gatineau, and Saskatoon all ended up in the middle of the pack.

Montreal ended up with an overall C because it had mediocre scores in smoking and heavy drinking, but surprisingly enough (at least to me) it earned its low score due to the low rates of influenza vaccinations taking place in the city. On a positive note, Quebec City and Montreal appear to eat the most fruits and vegetables, in our futile attempt — it would appear — to offset all that poutine and casual smoking.

And now for the doozy! Access to Healthcare Services. Winnipeg ranks in first place, with Halifax coming in second, Edmonton, Québec City, and Ottawa-Gatineau placing in third, fourth, and fifth.

The deciding indicators for the rankings in this category were number of doctors, number of nurses, access to a regular doctor, and number of hospital beds. Sadly, but not unsurprisingly for most of us, Montreal finds itself at the bottom of the rankings with the lone D grade.

With a last-place ranking on access to a regular doctor and number of nurses per 100,000 people, and being in the bottom half of the rankings on the other two indicators, Montreal received a D grade on all indicators.

The Conference Board of Canada’s health rankings also looked at a city’s demographic makeup, as well as its level of education because these factors can provide important insights into its overall health.

In addition, population growth has been slower here (1 percent per year since 2000) and the proportion of the adult population with a university degree (23 percent) is lower than the Canadian average of 25 percent. Provincial neighbour Quebec City is even less diverse than Montreal, and the median age of Quebec City residents is highest among all metro areas included in this briefing.

Although cities in Canada have similar standards of living, even slight variations can affect quality of life. Montreal and Toronto have the highest unemployment rates, and Vancouver has the highest proportion of its population living in poverty. At $40,891 Montreal’s GDP per capita is the lowest in the country, half of Calgary’s $79,991. At 8.4 percent, Montreal’s unemployment is the highest in the country, while Montreal residents have the lowest personal disposable income at $31,602.

The report also looked at crime rates, since higher poverty and lower educational attainment tend to have higher crime rates and poorer health outcomes. Quebec City appears to be the safest Canadian metropolis studied, with crime rates the highest in Winnipeg and Saskatoon. Toronto and Montreal were found to have the lowest rates of forcible confinements and sexual assaults, respectively.

The Conference Board of Canada, which claims to be objective, non-partisan and not to lobby for specific interests, says the study was done with the goal of helping cities improve things.

Greg Sutherland, economist and lead author of the report, told Global News that the rankings weren’t meant to “shame cities in any way, but to help determine where we currently stand so that we can explore why and how we can get to where we want to be.” Cities are expected to identify their strengths and weaknesses and grow from there.

Perhaps this explains why the city is so hell-bent on celebrating Montreal’s 375th, they know most of us probably won’t make it to Montreal’s 400th. That’s known as “dark humour”, also known as a coping or defense mechanism when you’ve received bad news.

To read the full report in detail, go here.