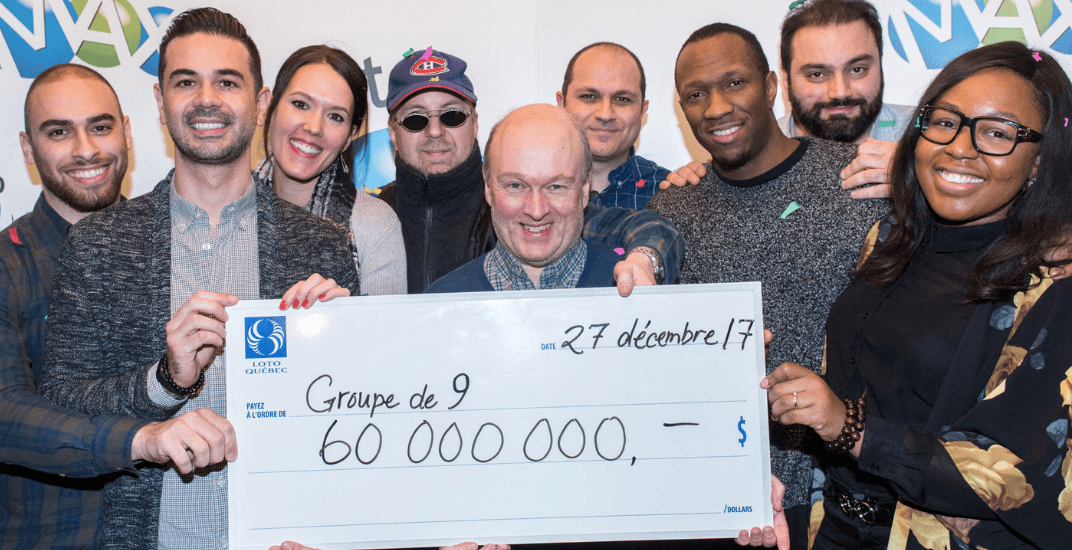 It was definitely a merry Christmas for these lucky Montrealers.

Béland said that on December 23, she woke up to 13 missed calls on her cell phone, all from her coworkers.

She immediately thought something was wrong. “Something bad must have happened to someone!” she said in a release.

But when she called one of her colleagues back she quickly learned that they won the jackpot.

The Montreal residents have been playing Lotto 6/49 and Lotto Max for two years.

“We would get all giddy when we won $10. Imagine now!” said Belland.

The group of nine split their winnings equally.

“This big win is the perfect way to end 2017, an exceptional year in which three 60-million-dollar prizes were won in Québec, a record number of 104 prizes of $1,000,000 or more were also won in Québec for a total of 131 new millionaires,” said Lynne Roiter, president and CEO of Loto-Québec, in a release.