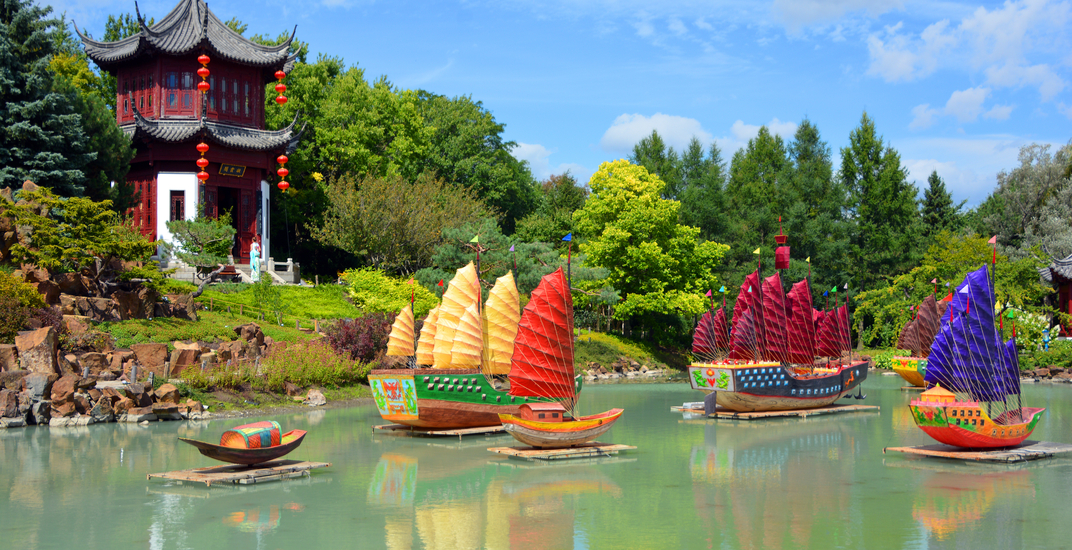 After three years of renovations, Montreal’s Chinese Gardens at the Botanical Garden are finally reopen to the public.

The gardens are the largest Chinese gardens outside of Asia and they received a major facelift.

The renovations began in June 2015 and craftsmen from China were involved in the rebuilding and repairs.

Are you aware that Chinese craftsmen took part in the restoration of the Chinese Garden? #BotanicalGarden #Blog https://t.co/ca5XN9Ly0s pic.twitter.com/1cnhHJgzjd

#premiere – The miniature landscape in the Chinese Garden: a gift from the City of Shanghai for #Montréal’s 375th anniversary pic.twitter.com/A9ZwCQS2o9

The renovations included fixing the lighting on the Tower façade, installing the brass handles on the Friendship Hall doors,  positioning the Lingbi stones in the Entrance Courtyard, and restoring all seven pavilions.

The gardens will also be featured in the Gardens of Light festival which runs from September 8 to October 31.

This year’s theme will fittingly showcase the magic of the Chinese Dragon.

“The dragon symbolizing China, will be the star of the 25th edition of the lantern festival in the Chinese Garden,” said Espaces pour la Vie in a statement.

“It will be accompanied by its nine offspring, protecting the newly restored pavilions.”