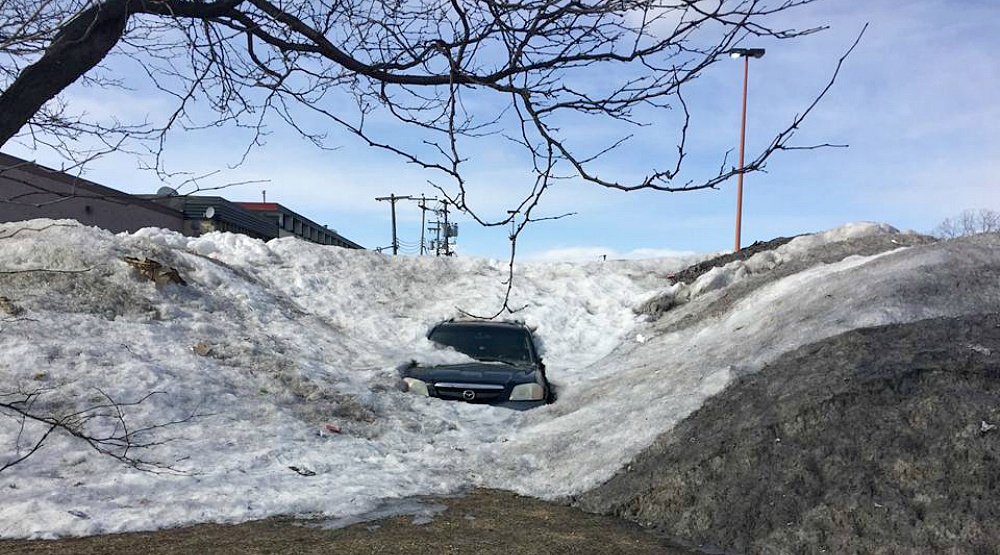 The transition from winter to spring is never a particularly pretty one in Montreal. Despite warmer temperatures and sunnier days, piles of grey snow typically persist well into April.

This year, one of those remaining piles of snow has revealed something rather interesting: a car.

Montrealers on social media have reported a Mazda Tribute peeking out from beneath a giant pile of snow in Place Brunswick.

One Facebook comment posted earlier this week asked members of the West Island Community, “Did someone lose a car on Brunswick across from the Guzzo?”. 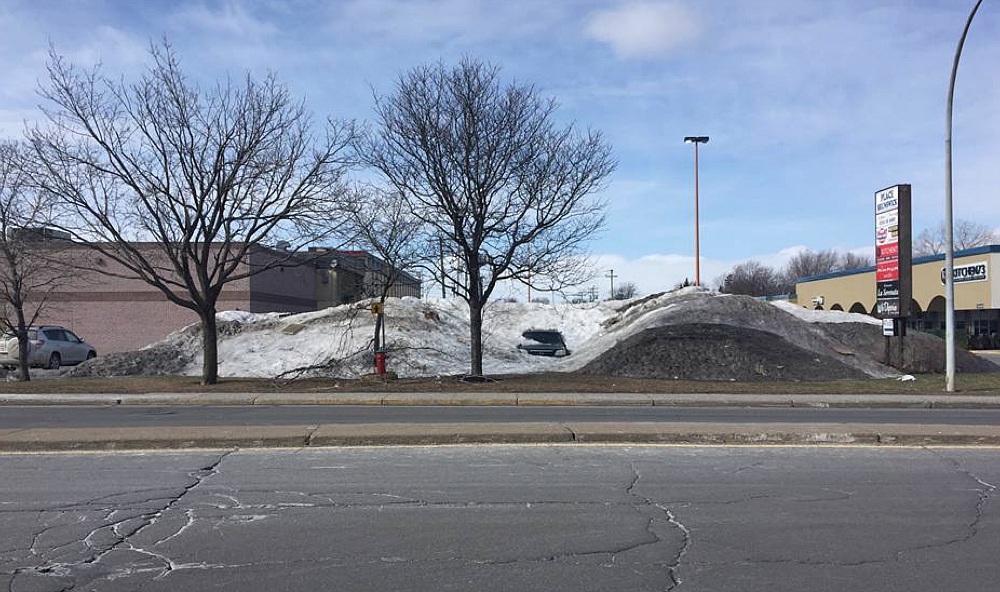 Another witness, Lauren Treiber shared “omg this car has been there for months!!!! My husband and i ate at Kitchen 73 after the major snowstorm in january and it’s still there lol!” on the same thread.

So far, no one has claimed the car and the police have yet to catch a glimpse of the license plate (as it is located on the rear which remains under several feet of snow). However, Montreal police were reportedly able to get a hold of the vehicle identification number from the dashboard and are checking to see if the car has been reported as stolen or missing.

If you know someone who lost a car, perhaps direct them to this West Island shopping complex!