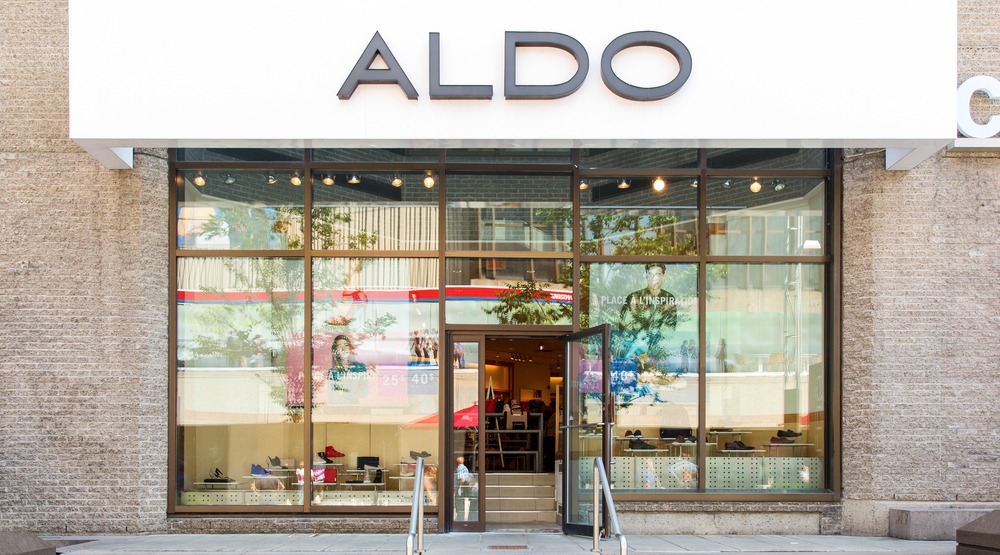 It’s a well-known fact that Montreal is the most fashion-forward city in Canada, but did you know that a lot of your favourite retail stores were actually founded in Montreal?

From our most beloved shoe stores to the trusty dollar stores, Montreal has been a retail hub for quite some time.

Check out 10 stores you didn’t realize started in Montreal:

Le Maison Ogilvy is one of the oldest stores in Montreal. Founded in 1866, the Ogilvy’s located at 1366 Saint Catherine Street West is considered a retail landmark. Described in 1896 as “having every device known at the present time for the convenience of the public, the comfort of employees, and the economy of time,” Ogilvy’s really hasn’t changed all that much in the past century.

Dollarama, every Montrealer’s go-to store when it comes to birthday parties, holiday decorations, and moving day, was established right here in Montreal in 1992. Founded by Lawrence Rossy, former head of Rossy S Inc. (another discount chain store), Dollarama now has over 1,000 stores operating in every Canadian province.

Jacob was founded in 1977 by Jacob Basmaji. At its peak, the store operated 200 locations across Canada. However, in recent years the brand has experienced some troubles, being forced to file for bankruptcy in 2014. Today, only five Jacob stores are left in Canada, including its flagship store on the corner of Saint Catherine Street West and Drummond Street.

The first Aldo store was founded by Aldo Bensadoun in Montreal in 1972. Since then, Aldo has grown to be an internationally-recognized brand and Bensadoun has gone on to found two other shoe stars: Call It Spring and GLOBO. Widely known as a “global shoe giant,” Bensadoun operates his 2,000-store shoe empire out of Montreal.

Everyone’s favourite teen clothing store first began in Montreal in 1975. Operating as a subsidiary of Groupe Dynamite, Garage now has locations in Canada, the United States, the UAE, and Qatar.

Ardene is Canada’s most beloved accessories retailer. Selling everything from jewelry to sunglasses, and even offering ear piercingings in some locations, Ardene was founded in 1982 in Montreal. In the past 34 years, Ardene has expanded outside of Montreal and now operates 400 stores nationwide. So to all those non-Quebecers out there, it’s pronounced ar-den, not ar-deen.

Founded by Herschel Segal, Le Chateau has its origins in Montreal. Established in 1958, the first Le Chateau store specialized entirely in menswear. It wasn’t until 1962 that Le Chateau expanded to include women’s clothing, at which point it began importing the latest fashions from Europe. Today the company operates 232 retail stores in Canada, one in New York and five in the UAE and Saudi Arabia.

Everyone’s favourite loose leaf tea shop, DavidsTea, was founded in Montreal in 2008. Herschel Segal (the founder of Le Chateau) along with his cousin, David Segal, opened their first store in Toronto. It was not until 2009 that DavidsTea established a store in Montreal. In just eight short years, DavidsTea has grown to be the largest specialty tea retailer in Canada.

Laura is one of the oldest stores to be founded on this list, with the first location opening on St. Hubert Street in 1930. It was not for another 43 years after the first store’s opening that the company would decide to expand beyond the original Montreal location. By 1976, Laura had four established locations in Montreal, and at the present time, the brand currently operates over 200 stores nationwide.

The first La Senza store opened in Dorval, Quebec in 1990. Now a favourite lingerie store amongst Montreal women, La Senza has grown to over 300 locations across Canada and nearly 500 locations internationally. Plus, their semi-annual bra and underwear sales are off the hook.