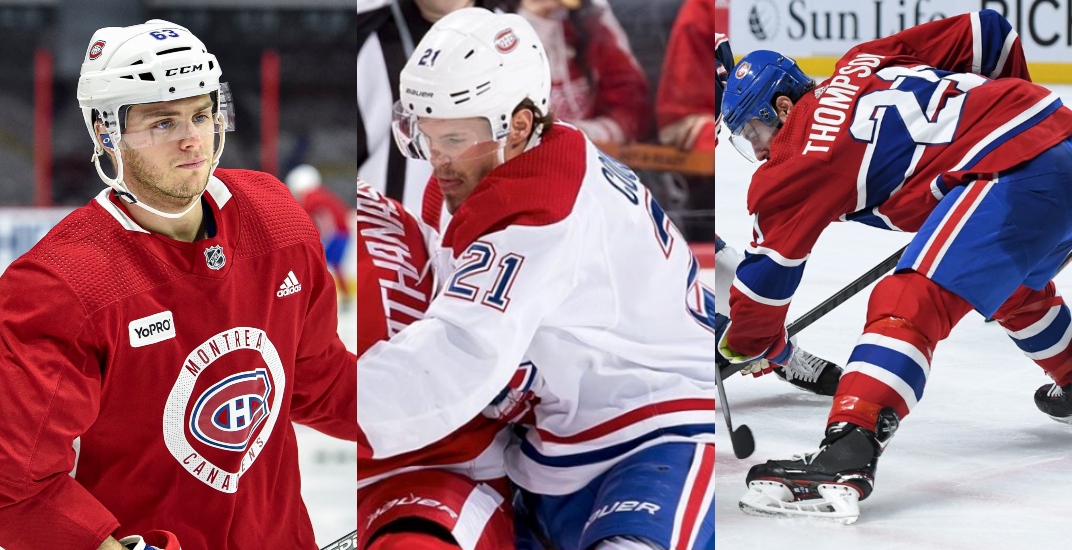 There weren’t any big names being pushed by Montreal on trade deadline day but that doesn’t mean that the Canadiens weren’t making moves. The Habs completed a total of three trades on Monday, acquiring several draft picks and a player along the way.

The first trade sent 26-year-old Michael Peca to the Ottawa Senators. The forward was in the final season of a two-year, two-way contract that paid $2.6 million. In return, the Canadiens received 22-year-old Aaron Luchuk and a seventh-round pick in the 2020 NHL Draft.

The return for Peca is minimal, however. Luchuk, a Kingston, Ontario native, has yet to play a single NHL game. In fact, he’s only skated in three AHL contests this season, spending most of his time in the ECHL. Even so, he’ll report to Montreal’s AHL affiliate, the Laval Rockets.

The Canadiens have acquired Ottawa’s seventh-round pick in the 2020 NHL Draft, as well as forward Aaron Luchuk, in return for forward Matthew Peca. Luchuk will report to the AHL’s Laval Rocket.#GoHabsGo pic.twitter.com/iQ3NMaNAcK

The Canadiens also shipped off forward Nate Thompson to the Philadelphia Flyers, in exchange for a fifth-round pick in the 2021 NHL Draft. Thompson, who was acquired from the Los Angeles Kings last February, racked up 14 (4-10-14) points in 63 games over the 2019-20 season.

The Canadiens have acquired the Philadelphia Flyers’ fifth-round pick in the 2021 NHL Draft, in return for forward Nate Thompson.#GoHabsGo https://t.co/TqlWrlSC7v

The Habs’ final deadline deal saw the club receive a fourth-round pick from the Vegas Golden Nights for Nick Cousins. Montreal signed the 26-year-old forward during last summer’s free agency. Since then, Cousins has managed 22 points (9-13-22) in 58 games.

The Canadiens have acquired the Vegas Golden Knights’ fourth-round pick in the 2021 NHL Draft, in return for forward Nick Cousins.#GoHabsGo pic.twitter.com/wx7rhLV6y6

Overall, the Montreal Canadiens have acquired a slew of draft picks leading up to this year’s trade deadline, but the organization will need two strong years of drafting in order to see any upside.

The team’s strongest moves this year include shipping Ilya Kovalchuk to the Washington Capitals for a third-round pick and Marco Scandella to the St. Louis Blues for a second-round pick and a conditional fourth-round pick.