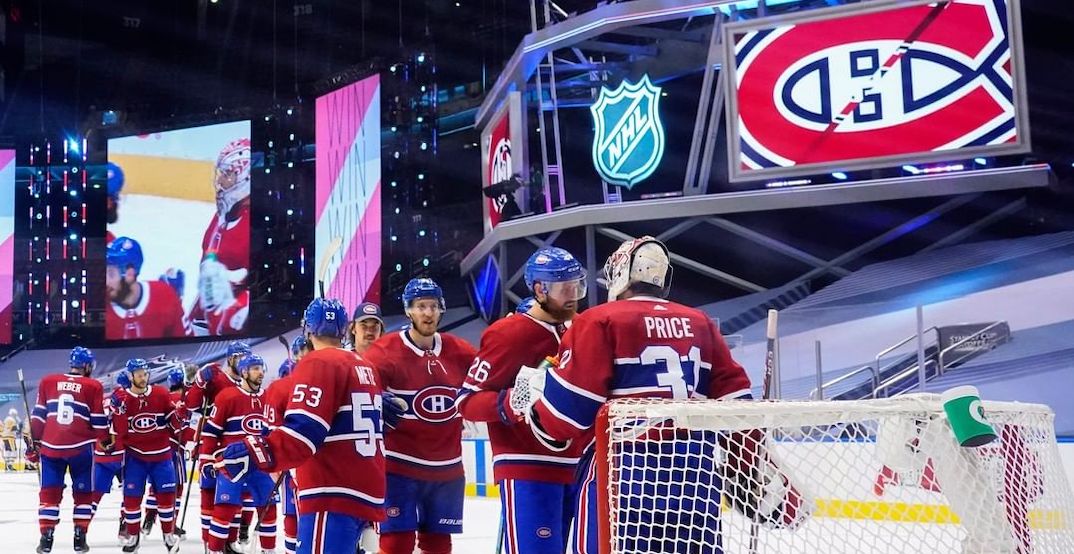 The Montreal Canadiens will play games at the Bell Centre despite the Quebec government’s new COVID-19 nightly curfew.

During his Wednesday evening press conference, Premier François Legault confirmed the Canadiens would be able to bypass the government’s 8 pm curfew to play home games for the upcoming NHL season.

Legault says the Canadiens organization has had “long discussions with public health” and said since players and personnel are being tested daily in the league, the risk of transmitting the virus remains extremely low.

Legault noted that no fans would be permitted at the Bell Centre but said, “Quebecers want to see hockey games.”

The premier pointed out that the NHL is done “completely safely” and stressed that NHL players aren’t allowed to interact with people outside of their respective bubbles.

The Canadiens will conclude their training camp at the Bell Sports Complex in Brossard this weekend before kicking off the 2021 NHL season against the Maple Leafs in Toronto on Wednesday.

The Habs will play their first six games of the new season on the road before hosting the Calgary Flames on January 28 (7 pm) for their fan-less home opener.

The Quebec government has given the green light for Canadian NHL teams to travel into the province to play hockey.