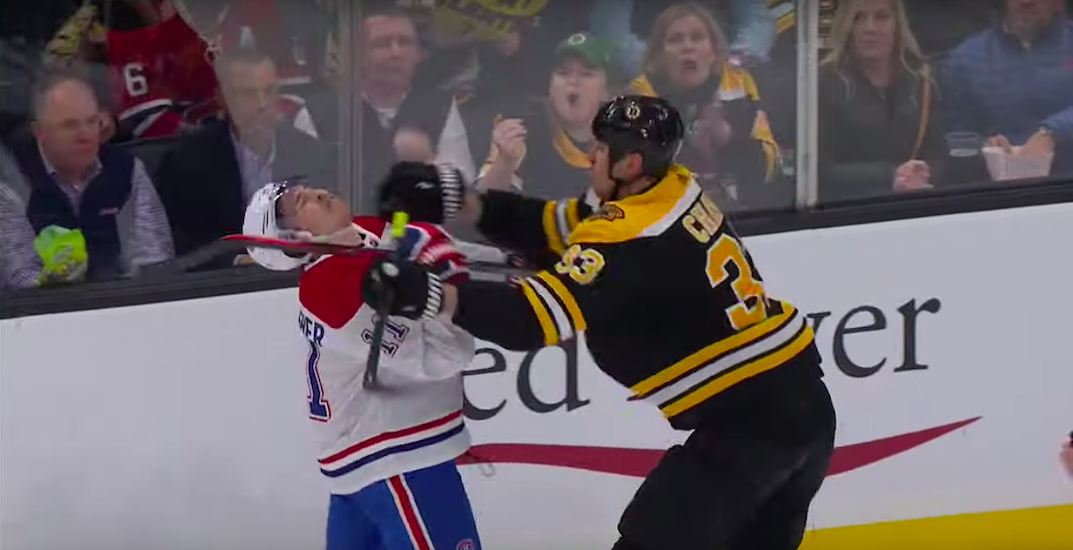 The Montreal Canadiens took a hard loss last night at the hands of the Boston Bruins but Brendan Gallagher took it the hardest.

The NHL announced today that defenseman Zdeno Chara has been fine $5,000 for cross-checking the Habs forward in the face.

The brutal incident took place at 5:38 of the second period, according to the official statement, Chara was assessed a minor penalty for cross-checking.

The $5,000 fine is the maximum allowable fine under the NHL’s Collective Bargaining Agreement.

As per the NHL, fine money goes to the Players’ Emergency Assistance Fund.

Gallagher has 19 goals and 37 points in 49 games this season after missing time in January with a concussion.