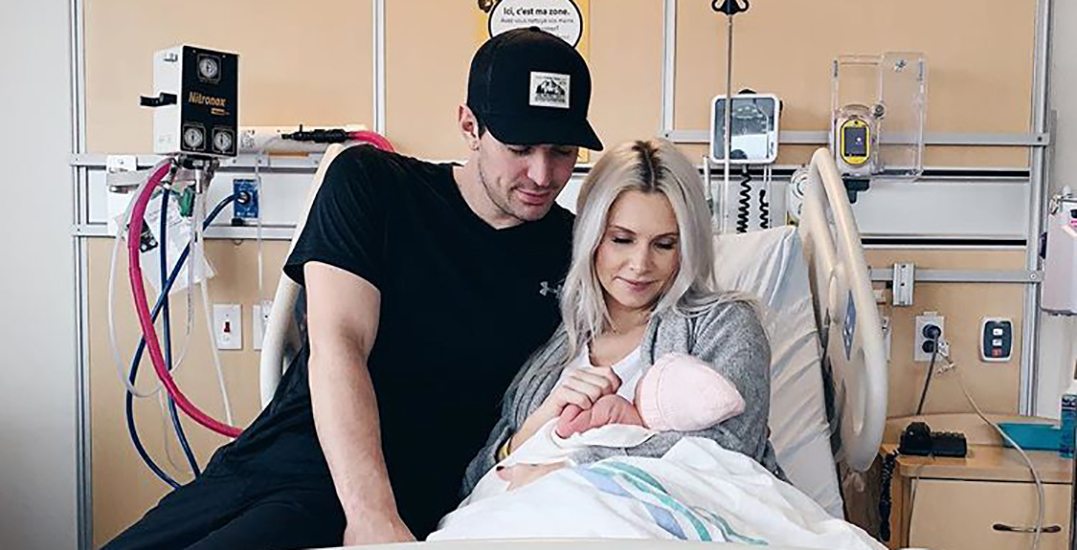 Montreal Canadiens goaltender Carey Price and his wife, Angela Price, have welcomed their second child into the family.

The couple took to Montreal’s Jewish General Hospital on the night of Thursday, December 27, and Angela Price gave birth to her new daughter, Millie.

“It’s a girl!” wrote Angela Price on her Instagram. “We welcomed Millie into the world last night.”

Millie Price becomes the youngest of two girls in the family. Her older sister, Liv Anniston Price, was born on May 6, 2016, just weeks after the Canadiens’ 2016 playoff run.

Carey Price is currently sidelined as his team travels to face the Florida Panthers, the result of a lower-body injury.

The Montreal Canadiens currently sit at eight in the Eastern Conference and are embarking on their final road trip of 2018.