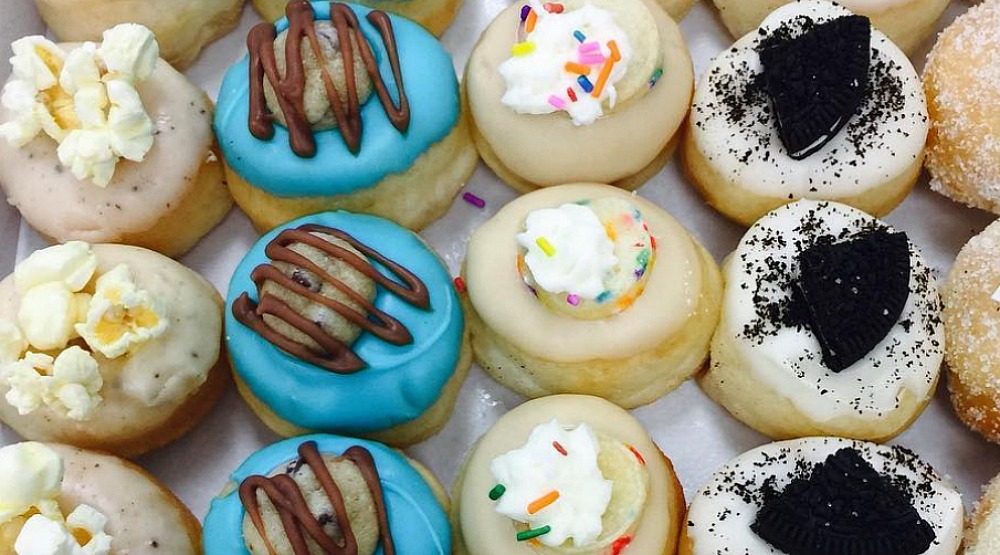 Between Leche Desserts, Trou de Beigne, Mr. Puffs, and more, it’s quite clear that Montreal’s donut scene is on fire.

Here to further prove that point is one of Montreal’s newer donut shops, DoughNats.

DoughNats started as an online endeavour, however, a brick and mortar location opened on Decarie Blvd last fall.

Since then, it has quickly risen in popularity owing to its newfound accessibility in the Montreal community.

DoughNats isn’t quite like your typical donut shop though. Rather than serving traditional size donuts, or going the miniature route a la Timbits, this bakery’s donuts are somewhere in between.

Meant to be devoured in about two bites, DoughNats donuts are the perfect bite-sized snack. Plus, since they’re smaller than your average donut, it means you’ll have room to try out more than one flavour at a time!

And believe us, you’ll want to.

DoughNats flavours change seasonally but in the past have included the Tru-Doh (a chocolate glazed donut with brownie chunks), Midnight Snack (a milk glazed donut with Lucky Charms on top), Cinder(nut)ella (a sugared donut with Nutella inside), Movie Time (a brown butter glazed donut with fresh popcorn and a caramel drizzle), and Breakfast in Bed (a maple syrup glaze with a mini pancake and whipped cream on top).

In essence, these donuts are works of art and you’ll want to take home every single one!

To learn more about DoughNats, check out their website and scroll through the drool-worthy photos below.