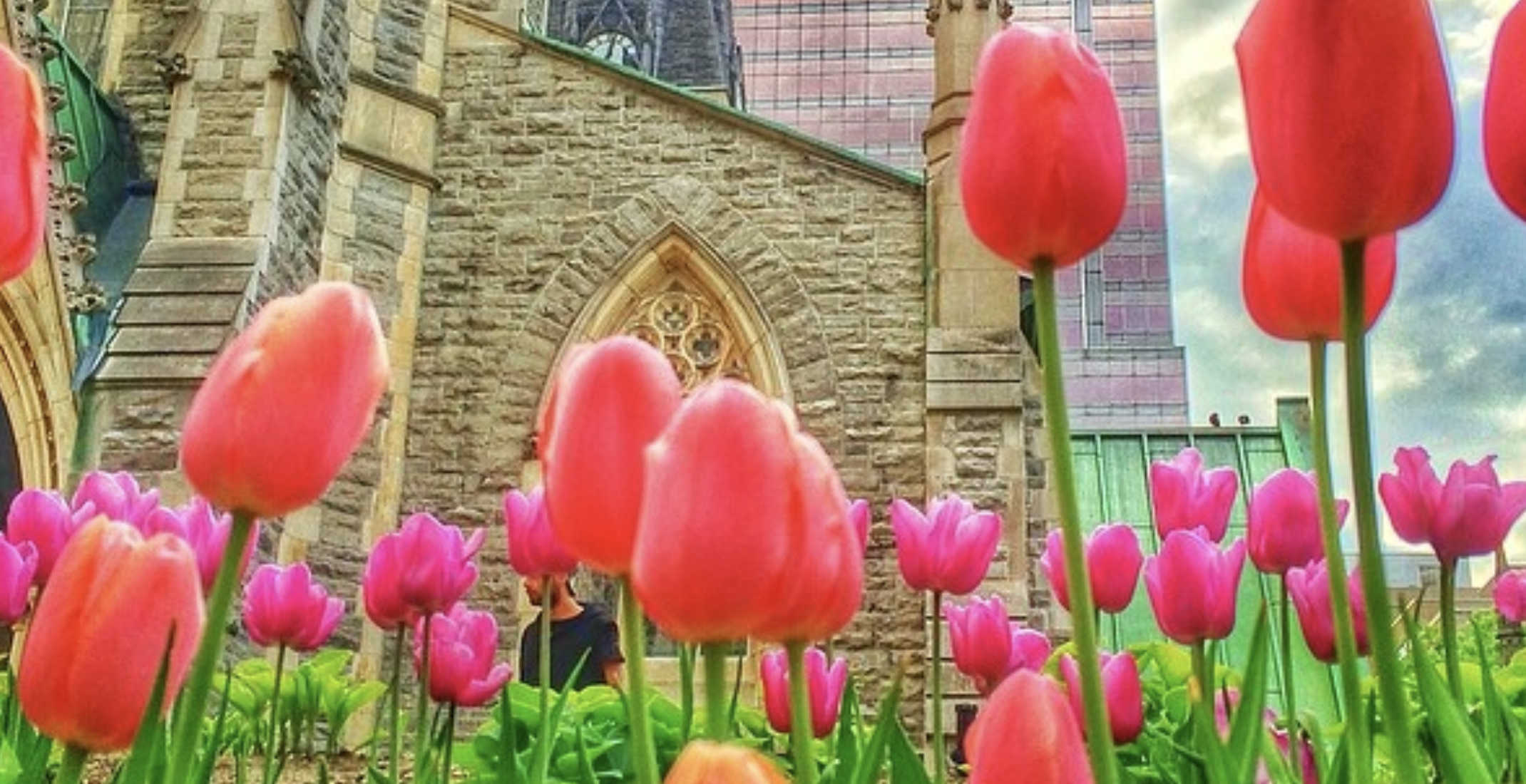 April not only marks spring in Montreal, but a whole slew of events that the new season ushers in.

This month, Montrealers far and wide will have the opportunity to experience concerts, food festivals, blooming cherry blossoms, and more!   In essence, April is shaping up to be a pretty great month.

In need of a little springtime inspo? Check out 23 things to do in Montreal this April.

Jon Bon Jovi will rock the Bell Centre this month. If you can’t catch the first show on April 4, the band has also announced they will also play another concert on April 5.

Titled Monster Spectacular, 2018 marks the 30th edition of this exciting monster truck event. Suitable for parents and children, Monster Spectacular promises to deliver an action-packed show full of incredible stunts. Some of the best and biggest monster trucks will be making an appearance including the Red Baron and the Bounty Hunter. In addition to trucks, the event will also feature freestyle motocross, a speed bike stunt show, and ATV races.

On April 7 and 8, Palais des Congres will be taken over by The Outdoor Adventure Show. The exhibition boasts Quebec’s largest collection of outdoor gear and adventure travel experiences.

Where: Palais des Congres
When: April 7 and 8, 2018
Tickets: Available online

Montreal’s Museum of Contemporary Art is hosting an ongoing immersive exhibition to honour the legendary Leonard Cohen. “A Crack in Everything,” is a multidisciplinary exhibit that will showcase works of art by local and international artists who were inspired by Cohen.

He’s rocked our body, he showed us summer love, and brought sexy back. Now Justin Timberlake is bringing his suit and tie to Montreal for two performances.

Montreal’s beloved 21 Swings (or 21 Balancoires) is returning to Promenade des Artistes this spring! Officially scheduled to open April 9, is there any better sign that spring has arrived?

If you’re a lover of Mac N’ Cheese, April is the month for you. The epic Mac N’ Cheese Week will take place from April 9 to 15, and will feature delectable one-of-a-kind mac and cheese creations.

Montreal ice cream lovers brace yourselves because Ben & Jerry’s Free Cone Day is happening on April 10, 2018, from 12 pm to 3 pm. The company has made it an annual tradition since 1979 to give away ice cream as a way to celebrate and say thanks to enthusiasts of the colourful and iconic ice cream brand.

Get your shop on at one of the biggest designer warehouse sales in Quebec. Braderie de Mode Québécoise is back from April 12 to 15. This huge sale offers shoppers a broad range of designer brands including Mackage, Second Denim, Noujica, Shan, and Rudsak. Many goods will be 50 to 80% off and the great thing about this sale is it includes brands made by local designers.

Club de minéralogie de Montréal is hosting the 33rd annual rock, gem, and fossil show. Over 230 exhibitors will have their collections on display.

Bixi season begins April 15th and we couldn’t be more excited. Given the chilly winter we’ve had, it’s about time our favourite bike sharing program is brought back to the streets of Montreal.

Where: Various locations
When: April 15

Blue Metropolis is one of the city’s best literary festivals. Taking place annually in April, this one-of-a-kind event dates back to 1999. The festival has activities both in English and French, and features all sorts of events including readings, on-stage interviews, panel discussions, and writing workshops.

From April 15 to 21, the third edition of Festivals des Cafes Independent is being celebrated at over 50 independent coffee shops in and around Montreal.The event aims to highlight the craftsmanship of Montreal’s baristas who serve up some of the city’s best java. The caffeine-filled week wraps up on April 21, where participating locations will be offering customers $1 cups of coffee.

Where: Various locations, check the website for details
When: $1 coffee Day: April 21. Coffee week runs from April 15 to 21.

Everyone’s favourite Fifth-Harmony-girl-turned-solo-star, Camila Cabello will be bringing her Never Be the Same Tour to Montreal this spring. Cabello is heading out on her first solo tour and she will be performing in Montreal on April 28 at MTELUS. She is set to perform fan favourites including “Havana” and her new hit single “Never Be The Same.”

The best day of the year, otherwise known as La Fête du Croissant ($1.25 Croissant Day) is back. Taking place on April 28, 2018, Croissant Day promises to celebrate the most delicious and flaky of French pastries: the croissant. Taking place all over Greater Montreal, from Westmount to Îles-de-la-Madeleine, Montrealers can expect to pay just $1.25 (yes, it’s a bit more than a dollar) for a croissant at any one of the event’s participating bakeries and cafes.

It’s syrup season and there’s no better way to celebrate than with huge maple festival. On April 28 and 29, Quai Jacques-Cartier will transform into a party place dedicated to all things maple. Festival Gueule D’érable will also feature food trucks, live music, and activities for the whole family including axe throwing, pop-up shops, taffy tasting, and beer (for the older crowd).

The Montreal Botanical Garden’s annual “Butterflies Go Free” exhibit is back for another year. Taking over the Main Exhibition Greenhouse until April 29, visitors can step into a humid tropical oasis that will surround you with beautiful butterflies.

If you love to dance but don’t like people watching, this is the dance party for you. Danser Dans l’Noir is hosting weekly dance parties that take place in pitch back so you can let loose and let the music take control.

Where: Association Récréative Milton-Parc, 3555 St Urbain Street
When: Tuesdays -see the full schedule on the event page
Time: 7:30 to 9 pm
Price: $5 at the door (If your budget is tight, email the organizers: [email protected])

The Phi Centre is hosting an out-of-this-world exhibit that you definitely do not want to miss. Particles of Existence explores new dimensions of how science and technology have brought us closer to understanding our universe and beyond.

Check out cherry blossoms in Montreal

Is there any sign of spring more beautiful than the cherry blossom tree? We think not. Luckily, cherry blossom trees aren’t exclusively reserved for Washington D.C. and Vancouver. Nope, Montreal is home to some pretty stunning pink flora and it’s only a matter of time until those buds begin to blossom (typically the beginning of May).

For all those on the hunt for the first sign of spring (and those who just want a cute pic to post on their Instagram page), check out 6 places to find cherry blossom trees in Montreal.

Where: Check out our handy list!
When: Late April to May

Montreal is filled with amazing museums but there is one you can visit for free anytime. The Redpath Museum is located in downtown Montreal on the McGill University campus and you can visit it anytime at no cost. The museum features exhibits focusing on natural history, biology, geology, and cultural heritage. Completed in 1882, Redpath Museum is the oldest building in Canada built as a museum.