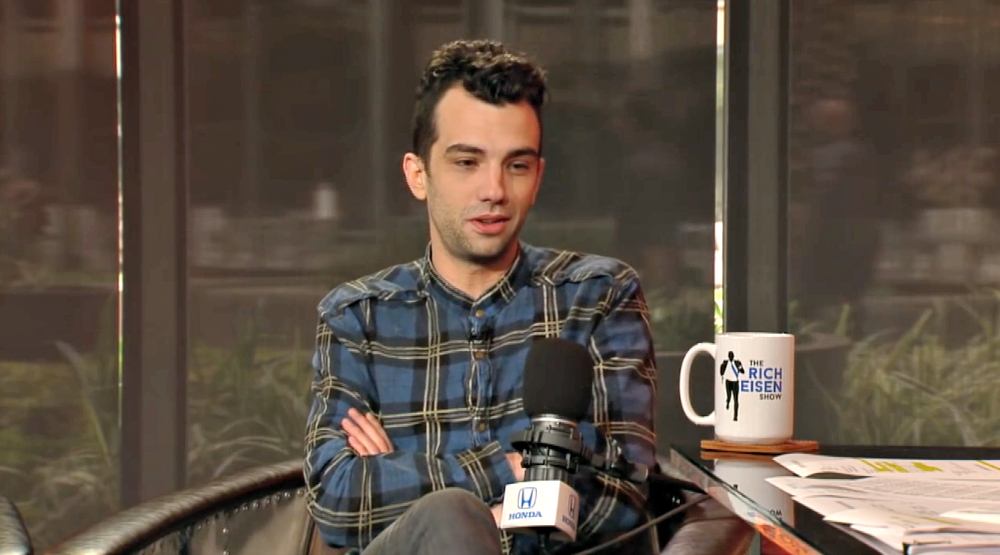 The conversation quickly turned to sports and the legendary rivalry between the Toronto Maple Leafs and the Montreal Canadiens.

Baruchel first admitted that none of this Hollywood friends watch the sport, before going on to say that he’s had his fill of hockey fans as he bitterly described his recent stay in Toronto.

Currently filming the American comedy series, Man Seeking Woman, Baruchel has spent the last few months in Toronto, or “Leafs nation” as he calls it.

He then sarcastically quipped, “As a Montreal expat there’s no better place to be.”

Though he had nothing to say about the city itself, he immediately mocked Toronto’s sports teams, joking about how he’s enjoying “watching the inevitable collapse of every single Toronto sports franchise.”

The How To Train Your Dragon star then went on to describe the deep-seated hatred Montrealers feel for Toronto sports teams, claiming that if Habs fans were forced to choose between the Habs winning the Stanley Cup and the Leafs coming in dead last, it would be about 50/50.

Next, Baruchel discussed his humorous attempt to purchase a personalized brick for Centennial Plaza with the inscription, “Go Habs Go. F*** Toronto.” Sadly, however, that last part was not permitted.

To hear Montreal gem Jay Baruchel talk more about his loyalty to the Canadiens and their impressive status as the most decorated hockey franchise in history, watch the interview below.