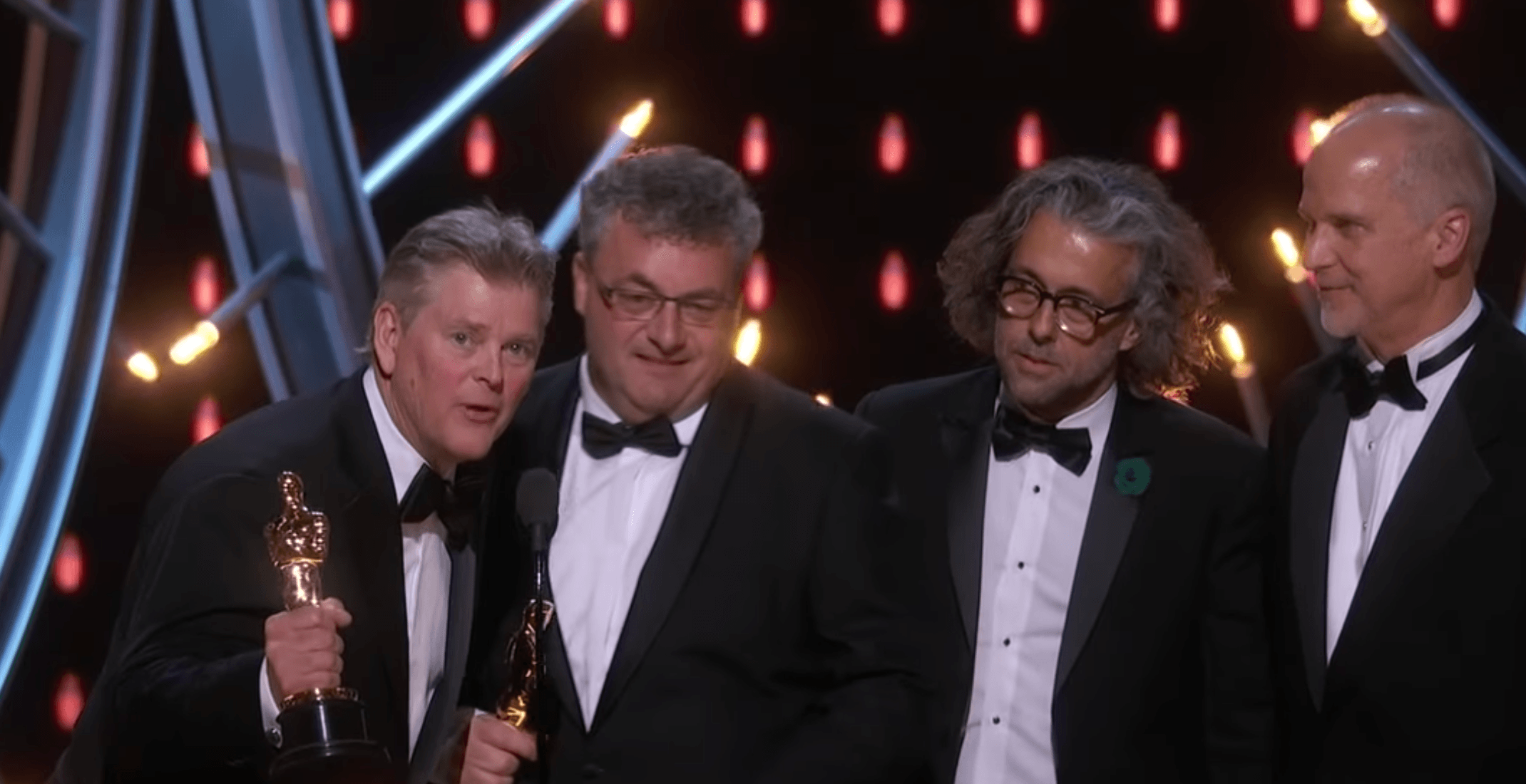 It was a star-studded night as the Hollywood elite gathered at the 90th Academy Awards on Sunday in Los Angeles.

While Canada did not have a big presence at this year’s awards, there was definitely a standout moment for Montreal.

“To all my friends in Montreal, merci beaucoup. This is for you!” said Hoover, as he clutched the golden statue on stage.

Nelson also gave a shoutout to Quebec’s Denis Villeneuve for directing the film.

“Thank you, Denis Villeneuve, whose guts are seen in every frame of this film, especially the visual effects.”

Blade Runner 2049 also picked up an Oscar for best cinematography.