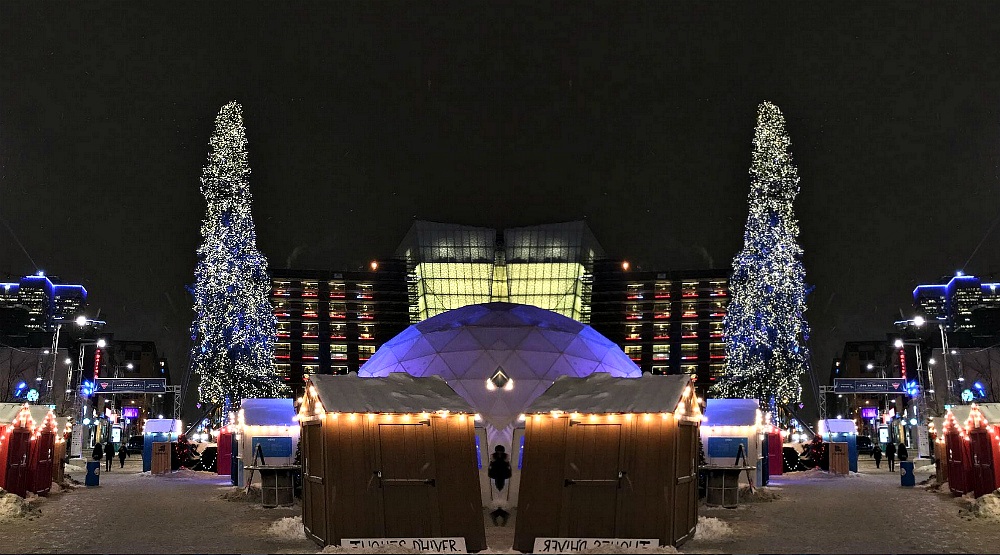 While many would argue that “Kafkaesque” could just as adequately have described the series of events that led to one gigantic clusterf*ck of a year, Merriam-Webster’s dictionary (and ultimately, its users) have decided that “surreal” is the word that best describes the 365 preceding days that amounted to 2016. “Fascist” was the runner-up.

Merriam-Webster selects its word of the year based on the number of searches conducted on its website, instead of subjectively picking one. Last month, Oxford Dictionaries chose “post-truth” as 2016’s most representative word, and considering the amount of fallacious information floating around on the internet (a huge percentage of it derived from the man who is currently the current U.S. president-elect) it’s an appropriate choice.

Merriam-Webster chooses its word based on not only the number of searches for a word, but also how much the searches for that particular word have increased in the past year. And given the events of 2016, “surreal” is most certainly a word that came in handy for more than a few people’s descriptions.

Surreal is defined as “marked by the intense irrational reality of a dream, also: unbelievable.”

What other word could describe a year in which a constantly blundering and attention-seeking reality TV star and questionable business mogul, the most unqualified dark horse of a presidential candidate the U.S. has ever seen, Twitter-addicted and spelling-deficient Donald Trump ascended to the highest office in the United States of America and will soon have his tiny orange hands on the country’s nuclear codes. If that’s not surreal, I don’t know what is.

What other word could describe women around the world watching an uncouth and misogynist presidential candidate caught red-handed literally bragging about grabbing women’s pussies and still somehow persuading people in possession of a pussy to vote for him.

What other word would more adequately describe a year where we watched some of our most beloved and iconic literary and musical legends, like Prince, David Bowie, and Leonard Cohen, leave us when we needed them the most.

What other word but “surreal” could describe watching Brexit unfold in front of our very eyes, and waking up to a collective “now what?”

Or the surreal sense of terror that afflicted us all as terror attack after terror attack in Brussels and Nice and around the world assaulted our common humanity and our sense of peace, culminating recently with the assassination of Russia’s ambassador to Turkey which had shades of Archduke Franz Ferdinand all over it.

What better word than “surreal” to describe watching Syrians live-tweet and videotape their daily horrors in Aleppo, for all to see in ‘real time’, while we remained frozen with inaction and utter helplessness.

Closer to home, here in Montreal, what better word than “surreal” to describe watching our mayor spend such a huge chunk of his time wasting time and taxpayers’ money to ban pit bulls and fight the local SPCA in court on the issue, with no concrete scientific evidence proving in any way that removing pit bull-type dogs actually makes Montrealers safer or reduces dog bites.

Or how “surreal” was it to watch our mayor continue along on his animal-themed fiascos, initially deciding that he would install a moratorium on calèche horses in Montreal because he was unsatisfied with their working conditions, only to have calèche drivers take the city to court days later and reinstate horse-drawn carriages on the streets, only to then come back a few months later and do a complete about-face and announce a $500,000 investment in an industry that so many people are decrying as cruel and archaic.

Add to that close to a million dollars spent on a gazebo to honour Mordecai Richler, or plans to spend $40 million to light up the Jacques Cartier Bridge, which has many Montrealers scratching their heads, or those bizarre soon-to-be-installed granite “tree stumps” on Mont Royal to the tune of $3.45 million, and finally our sad and rather unattractive Charlie Brown Christmas tree that was mocked around the world – from the Today Show, and People Magazine, to the New York Times – and we’ve had ourselves quite a “surreal” year right here at home too.

More seriously, was there a more accurate word than “surreal” to describe the behaviour of the SQ officers when they opted to sue Radio-Canada for airing a report on the provincial police’s vile treatment of Indigenous women in Val d’Or, instead of actually acknowledging the systemic racism and sexism that exists within their force?

In a strange twist of events, or perhaps because it’s the perfect embodiment of the utter strangeness of the world we’re currently living in, The Guardian has chosen “unpresidented”, a non-existent word, since it’s the word Donald Trump misspelled while attempting to tweet out the correct “unprecedented”, as its word of the year. Trump’s careless, petty, and erratic behaviour on Twitter has so perplexed people that The Guardian decided that the misspelled word was extremely indicative of who he is and what the future holds.

Something tells me “surreal” will probably continue to describe 2017 just as accurately.