A confirmed case of measles was reported to the Montreal Regional Public Health Branch on September 30, 2019.

Measles is a highly contagious disease caused by a virus that travels through the air through droplets from the nose and throat of infected people. During its infectious period, the person is reported to have attended several public places.

People who were in the below locations at the times indicated may have been exposed to the measles virus: 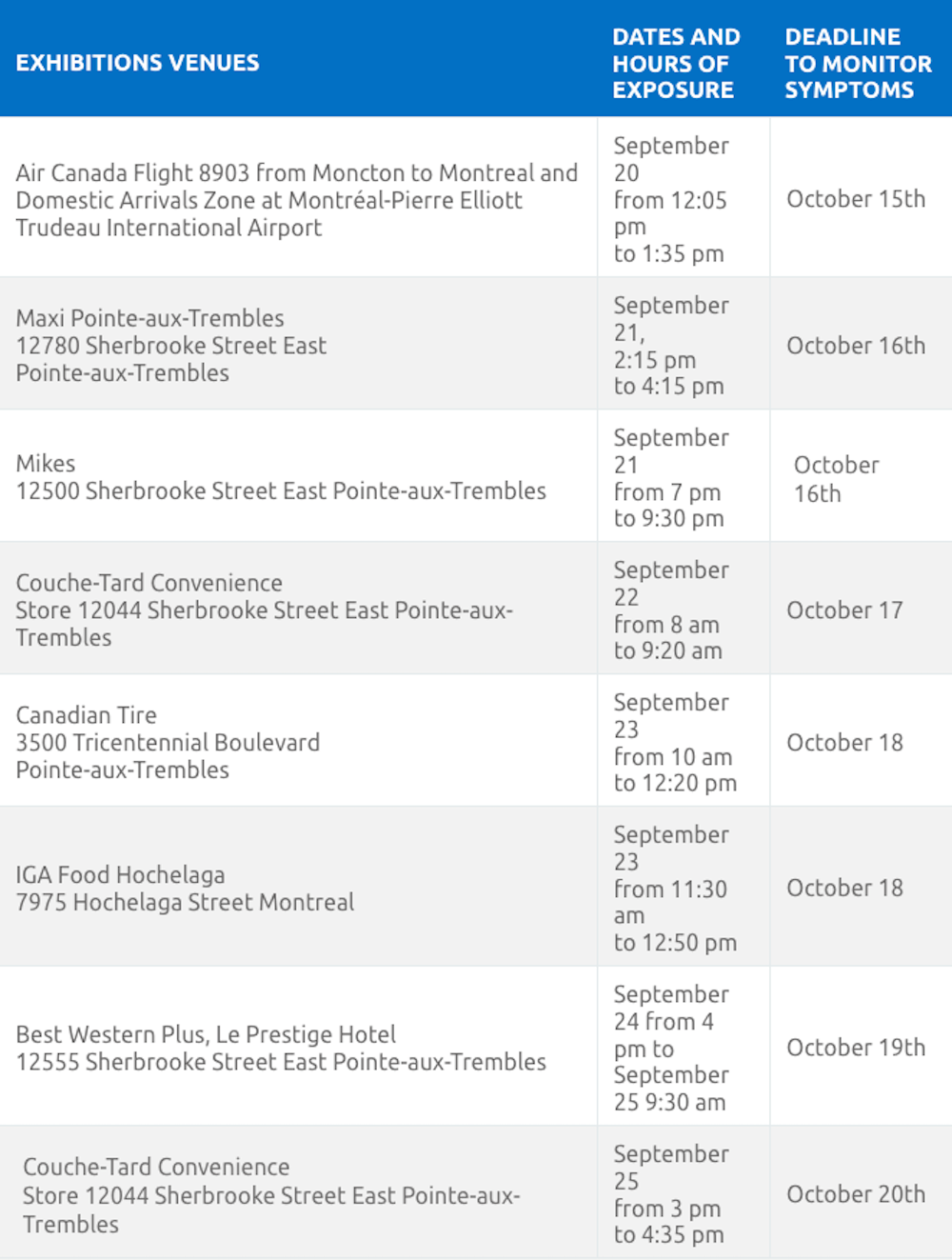 Although the time to receive preventive treatment (an injection of antibodies) has passed, these people should monitor the possible onset of symptoms of the disease.

You should check to see if you are protected against measles. Someone is considered protected if they have already had a diagnosis of measles confirmed by a doctor or have been vaccinated (eg MMR vaccine, MMR).

If you are not considered protected or you are unsure, you can be vaccinated against measles at the CLSC or at your doctor’s office. This vaccine is free, safe, and very effective.

If you were present at any of the locations during the date and times indicated on the table you are advised to avoid contact with people at risk of measles complications if possible and watch for the appearance of the symptoms of the disease. Continue to monitor for the onset of measles symptoms until the date shown in the table.

These symptoms include high fever, cough, runny nose, red and watery eyes, general malaise, and, two to four days later, redness that appears on the face, spreads all over the body, and lasts at least three days.

If you develop these symptoms, stay at home and do not wait for the appearance of redness. Avoid contact with people at risk of complications, that is:

If you develop redness, consult a doctor. Advise the person who greets you that you think you have measles, ask for a mask, and wear it.

Subsequently, redness appears in the face and then on the body.

It can take from seven to 14 (exceptionally up to 21 days) days between exposure to the measles virus and the onset of symptoms; this is called the incubation period.

Measles lasts one to two weeks.