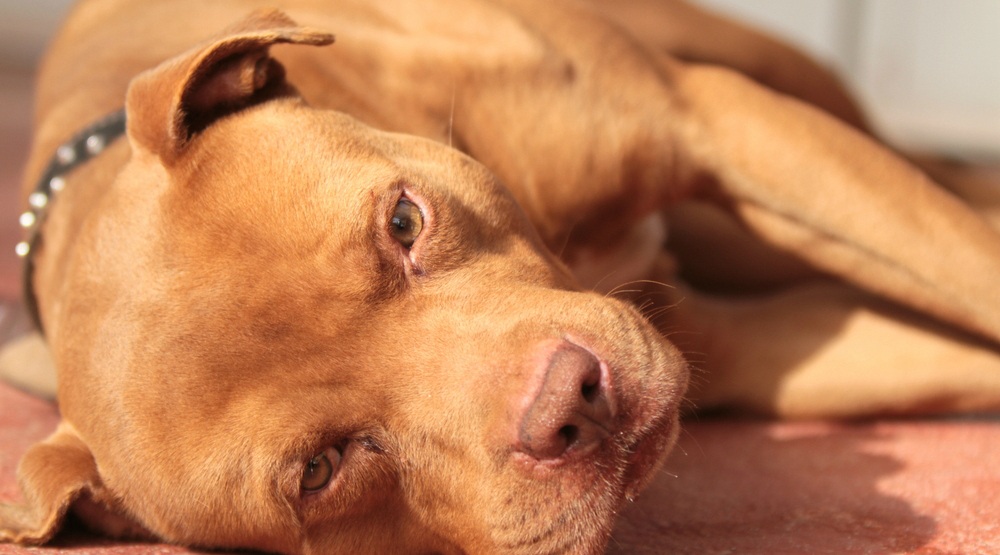 It now looks like it’s become a full-out war between Mayor Denis Coderre and animal rights advocates who believe the pit bull ban his administration passed (and has now been indefinitely suspended while a further review of the bylaw takes place) is unjust and based on no scientific evidence whatsoever.

When the animal control bylaw against pit bull-type dogs passed with a vote of 37-23 last week, the Montreal SPCA came out guns blazing and immediately launched a lawsuit against the city.

Montreal Quebec Superior Court Judge Louis Gouin heard the legal challenge brought against the city by the local SPCA and after listening to both sides and citing major concerns over the lack of clarity in how one defines a “pit bull-type” dog (one of the SPCA’s major arguments against breed specific legislation) decided to suspend the pit bull ban temporarily until Wednesday morning.

The decision was celebrated by animal lovers around the world and commented on by many local media personalities, among them well-known French broadcaster Marie-France Bazzo, who succinctly tweeted: “Pitbull 1- Maire Coderre 0”.

When Wednesday morning came around, Judge Gouin, probably concluding that city lawyer Rene Cadieux’s duck-and porn-related arguments that “If it looks like a duck, walks like a duck, quacks like a duck, it’s got to be a duck” and “It’s like pornography; you know it when you see it” were far from adequate legal and scientific justification to allow the legislation to stand, decided that he actually agreed with the Montreal SPCA. He ordered the suspension of the sections of the by-law targeting certain breeds, namely those prohibiting the adoption of “pit bull type dogs” and requiring these dogs to be muzzled.

“The Court also raised the possibility,” a SPCA press release issued yesterday reads, “that the City of Montreal had exceeded its powers by providing for the seizure and euthanasia of “pit bull type dogs”, without consideration of whether the targeted animals are, in fact, actually dangerous.”

The suspension of the bylaw may prove to be temporary, but the Judge’s conclusion that a stay is justified certainly validates the myriads of people who have called out this legislation as half-baked, non-scientific, and a knee-jerk and populist reaction to certain people’s legitimate fears about dog bites.

“The fight is far from being over, but we are very pleased with this first victory” stated Sophie Gaillard, lawyer for the Animal Advocacy Department of the Montreal SPCA. “We are particularly delighted to be able to continue finding adoptive homes for all of our healthy and behaviorally sound dogs, regardless of their physical appearance.”

It could take months for the case to be heard, and in the meantime, animal advocates are fast at work trying to find homes for pit bull-type dogs at risk of being euthanized down the road.

So it would appear that now would be the time to take a deep breath, sit back and let a more thorough study of the legislation take place by people better qualified to do so.

Cue this morning’s letter from the Mayor.

“We will not yield to threats nor interest groups. We reconfirm our intention to ban pit bull type dogs from Montréal.”

I won’t lie… I half expected the word “terrorist” to come before “threats” the way it was worded.

Referring to animal rights advocates rightfully disturbed and angry over questionable legislation as “pro-pit bull lobbyists” is unfair and condescending. Describing the debate as “emotional” implies that logic is on the side of City Hall. It isn’t. The SPCA has an impressive list of animal experts, dog behaviour experts, and studies that point to the lack of evidence that similar legislation in other cities has actually reduced dog bites, and both the experts and sourced facts can eloquently shoot down most of the city’s arguments.

Is the issue emotional for animal lovers? You bet! But just because something elicits an emotional reaction from people (and I admit I have seen some over-the-top comments in people’s threads), does not negate the fact that plenty of scientific evidence can back up claims made by the SPCA. Can we stop perpetuating this false and dismissive notion that animal rights advocates are just a bunch of angry cat ladies or fanatical disgruntled vegans who would save their Chihuahua before they attempted to save you in a fire?

I’ve spoken to SPCA representatives and lawyers for the purposes of radio interviews and articles written in the past and they are immensely educated and knowledgeable on the topics they are fighting for. They know what they speak of and have the scientific evidence and peer-reviewed studies to back it up.

The mayor has a right to be upset and disappointed that his bylaw has not been received so kindly by many Montrealers and animal lovers around the world, and maybe he’s sincerely convinced he’s doing the right thing.

But to state that the debate “became emotional, which [he] finds regrettable”, as if the knee-jerk decision to quickly ram through legislation that could affect countless of animal owners and their pets because of a sad incident that no one even has any DNA proof involved a pit bull totally wasn’t, is extremely unfair.

Stating “People First!” in his press release, which was published in every local newspaper this morning, and concluding it with “We will not compromise when it comes to the safety of our fellow Montrealers” is divisive populism and political pandering. The people fighting this legislation aren’t people haters ready to compromise public safety for dogs; they simply believe there’s a better way.

If Mayor Coderre truly believes in this legislation and truly believes that people’s safety is at risk he should be willing to work together to create the elements that will build safer communities, not by banning what hasn’t been proven to be a threat, but in reasonable, long-term solutions that have both animal and human welfare as the end goal.