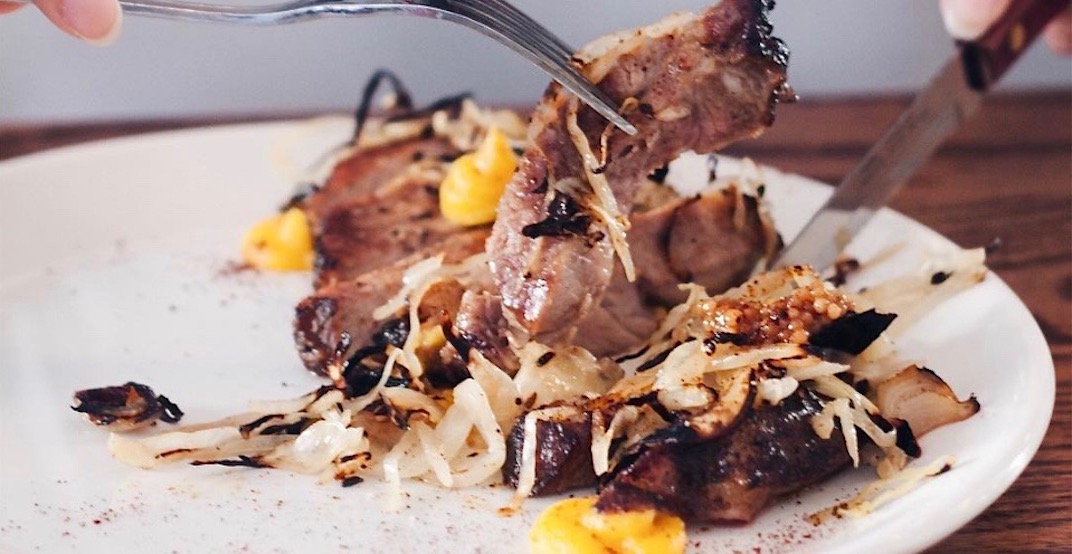 A dish from Marconi (@eatwitheva/Instagram)

Montreal’s Marconi has been named one of Canada’s top new restaurants for 2017, according to enRoute.

Marconi, located at 45 Avenue Mozart O, nabbed the ninth slot, and was the only Montreal restaurant that landed on the prestigious short list.

This spot was one of five Montreal eateries that made the long list back in August, which included Cadet, LOV, Moleskine, and Tiradito.

Known for its epic dishes from Chef Mehdi Brunet-Benkritly, this corner bistro (formerly a dépanneur) just got s serious culinary nod, which means you don’t have to travel far to get some of the country’s best eats.

The top spot on the list went to another Quebec resto – Battuto in Quebec City – so it’s safe to say that the province did well food-wise in 2017 as far as enRoute is concerned.