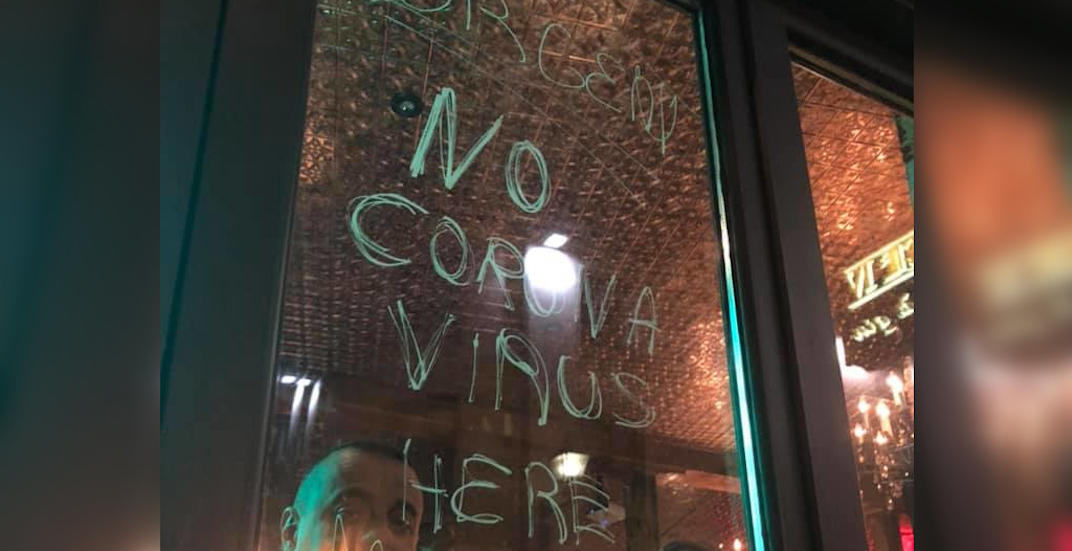 LICENCE IV, a restaurant in Old Montreal, has issued an apology after a photo circulated on Facebook that shows a message reading “no coronavirus here” in their window.

Tiffany Rolls posted the picture onto Facebook and says she was on her way to dinner with a friend when they heard a knock on the window from inside LICENCE IV.

Rolls says she saw the note and was confused as to “why they would write something like that on their windows.”

Her Facebook post says she was confronted by both LICENCE IV patrons after expressing her frustration with the note but walked away before the situation “escalated.”

In a lengthy caption recounting the event, Rolls concluded by saying, “This is not something to be joking about as thousands of people have died and likely more will suffer or die as a consequence of this disease.” 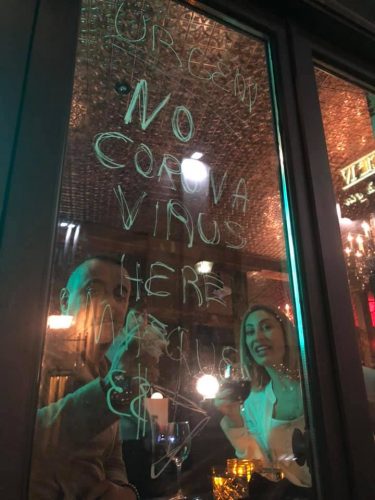 On Monday, LICENCE IV issued an apology on Facebook saying, “Please note that we are extremely upset with the situation and offer our most sincere apologies to anyone and everyone concerned.”

The bar says they were hosting a “private party” and the message was written on the window in attempts to “lure people in.”

LICENCE IV says the message was “foolish, unnecessary, and childish” and issued their sincerest apologies while urging anyone with questions or comments to reach out to them.

The restaurant’s full apology can be read here.