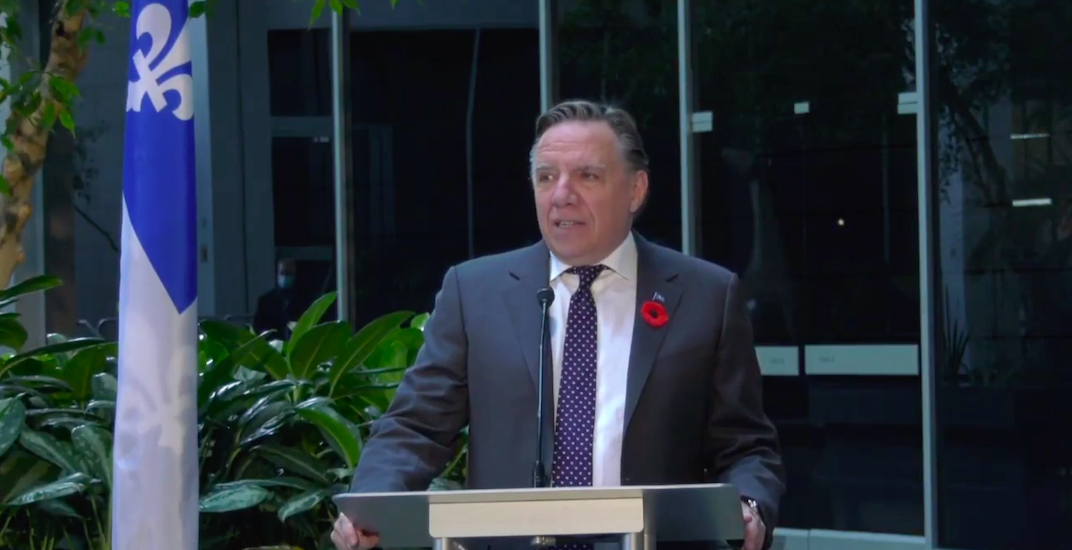 At a press conference from Montreal on Monday morning, Premier François Legault spoke about this weekend’s stabbing attacks in the province’s capital and said Quebec can’t eliminate all tragedies and violent acts.

The premier said that while Quebec is a “peaceful and welcoming nation,” all of the province’s offered mental health services can’t make violent crimes, attacks, and dramas avoidable.

Legault says only a “small minority” of Quebecers with mental illness turn to violence and stressed that the government has “taken a lot of actions” to increase resources for mental health services in the province.

“The fact is that even if all possible services were available and if we were able to treat all Quebecers with mental illnesses or problems, we could not possibly eliminate all such tragedies or acts of violence,” said Legault in French. “I think that Quebecers should remember that the Quebec nation is a peaceful one, a welcoming nation, and the best way to respond to what happened on Saturday in Quebec City is to remain ourselves — people that are peaceful.”

The premier referenced his concern for an increase in mental health problems throughout the COVID-19 pandemic and said that people in isolation will “develop more mental illness problems.” He said that while the government has done a “great deal” to help mental health in recent months, “a lot more still needs to be done.”

Legault says the government is working on fusing social services with police departments so they can work “hand-in-hand” to help people with mental health issues. He says, unfortunately, the government has no choice but to continue enforcing lockdown restrictions since public health continues to report roughly 1,000 new COVID-189 infections a day.

He says the government will continue to hire therapists and psychologists to meet citizens’ needs.

According to Legault, waiting lists to visit mental health professionals have dropped from 28,000 in March to 16,000 — a number he says is “still too many.”