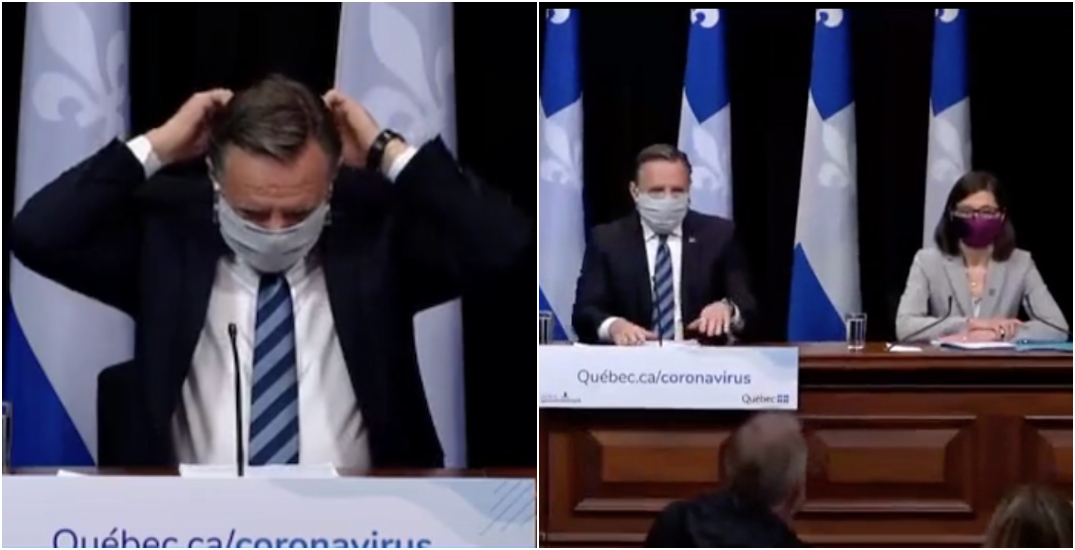 Legault began by making a “strong suggestion” for all Quebecers to wear face coverings whenever leaving the house.

“Listen, I wanted to wear the mask, not because we need it but because we will make a strong suggestion to Quebecers to do so when they leave the house.”

Legault points out that since the outbreak began in Quebec, he and public health have been stressing the two big guidelines: physical distancing and hand washing. He says the suggestion to wear face masks have become the “third significant impact.”

“You don’t need to have ones like hospital staff does, this one is homemade,” he said in French while pointing to his own mask. “Some call it a face covering, whatever you want to call it, the masks are to protect others.”

Legault says the mask prevents other people from contracting the illness and that it’s “not something that is new in the world.”

Legault said that if all Quebecers wear masks, “everyone is protected.” He urged Quebecers who can’t maintain physical distancing (using public transit as an example), to wear masks.

“It’s a bit weird, we will get used to it,” he said. “It’s a habit that is a good one that will allow us to come back to a normal life, I recommend to do it.” 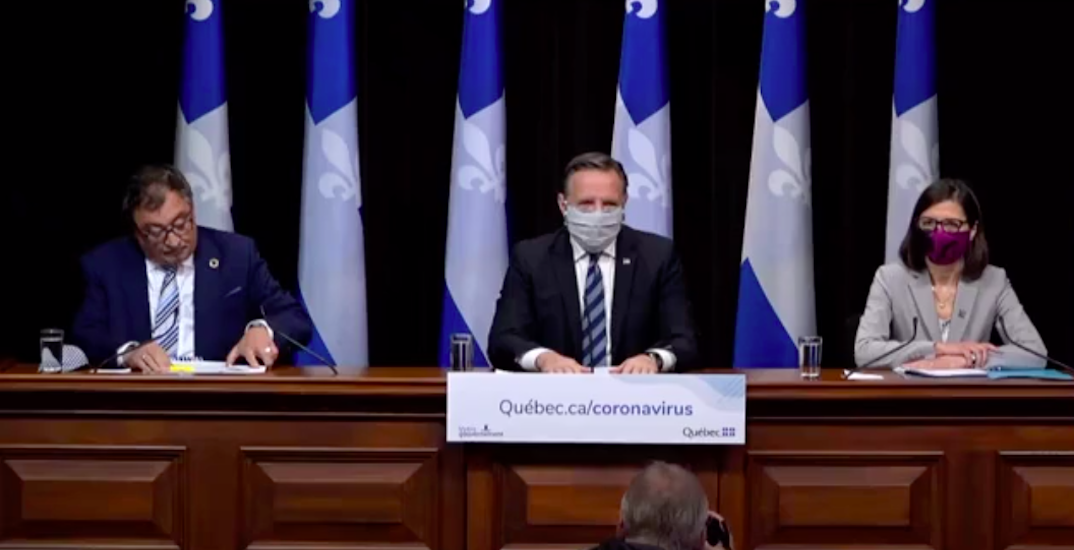 “I ask all Quebecers, when you leave the house to put on a mask. If you go see your mother or go into a store for example, certainly when you take public transit, wear a mask,” said the premier.

When asked about the potential of making face masks mandatory, Legault said legally, in order to put it as a requirement, “you have to have proof that it’s efficient. And it’s not that clear to confirm it’s 100% full-proof, that’s why we’re recommending it strongly.”

He says “availability and the cost of masks” were factors in the government’s decision to strongly recommend them, opposing statements made in early April when Legault said citizens won’t be expected to wear them.

Legault stressed that masks needn’t be purchased and can simply be made at home, “anything to protect from spreading the disease further,” he said.

“Our way of living is going to change over the next few years,” concluded the premier. “I’m not saying it’s going to be easy but if we follow the directives — and I know Quebecers are able to follow guidelines — we will win this battle and beat this darn virus and progressively get back to a normal life.”