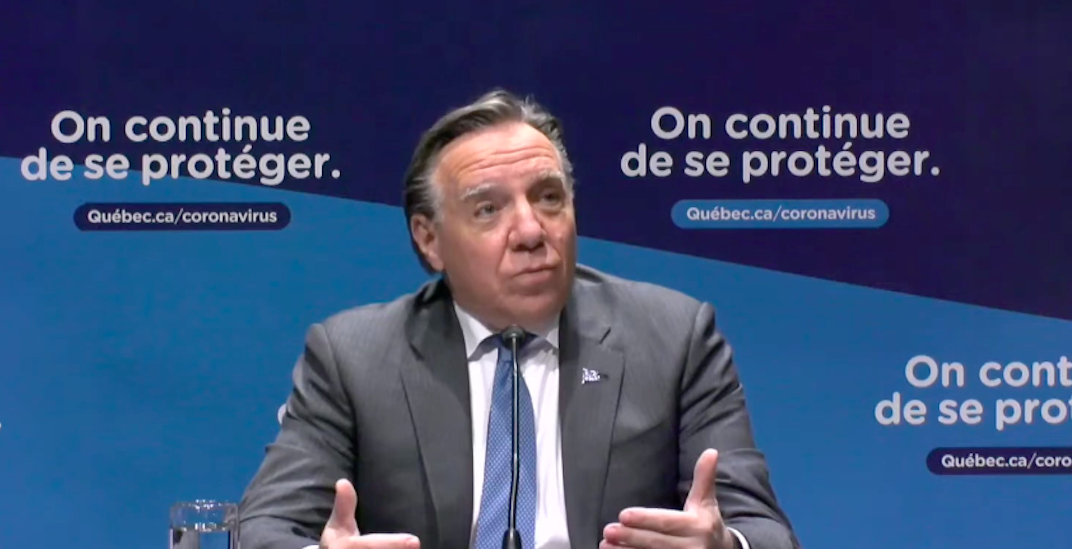 He referenced public health’s reported numbers from Tuesday and said the numbers were “encouraging,” stating he thinks Quebec has “reached a new plateau, with no exponential increases.”

Legault said that while the situation remains “under control” in Quebec hospitals and CHSLDs, the situation is “night and day” from where the province was this past spring.

The premier says school cases are also “stabilizing” and said that 95% of Quebec’s workplaces are “functional right now.”

Legault emphasized that the measures the government has put in place are working and said it’s encouraging when it comes to Pfizer and Moderna’s potential vaccines.

“When we talk to experts, we think that maybe by next summer, we could go back to a life that is just about normal, which is very encouraging,” he said. “We are making our way through the second wave and we can see the light at the end of the tunnel. The end of this is in sight, at some point in 2021.”

Legault referenced the upcoming holiday season and said he is in “constant discussions” with public health as to how the province wants to spend the holidays. He says there will be no big parties with 25 to 50 people, and says a final decision in regards to Christmas is coming in “the next few days.”

“I understand there are Quebecers who need to start planning now but there are a lot of questions up in the air,” he continued. “The faster we reach an agreement, the faster everyone can start planning Christmas.”

In regards to schools, Legault said the government is “looking into” extending the Christmas break so that there is a “type of quarantine before kids go back to school after having small family gatherings.”

The premier says to give citizens a chance of seeing people during the holidays: “We need to make efforts towards mid-December, have a lower number of cases, a good control of the situation, and a lower number of hospitalizations.”

Legault concluded his press conference by saying he was also “fed up” and would “like to talk about something else.” He says there is hope and said Quebec is “winning the battle against the second wave,” having reached what he called a good balance between work and health.

“I am convinced we can do this right now, but we have to deploy our efforts so we can all have a nice holiday season,” he finished before taking questions from reporters. “I am asking for collaboration from all Quebecers.”