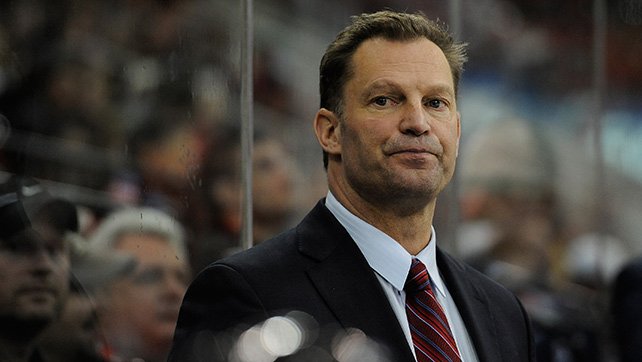 The Montreal Canadiens have announced that Kirk Muller will be returning to the team as an associate coach.

“We are very pleased to announce the appointment of Kirk Muller, and are extremely happy about his desire to return to the Canadiens’ organization,” said Canadiens general manager Marc Bergevin through a media release. “Kirk brings a great deal of experience, determination and leadership, and I have no doubt that these qualities will be essential for our coaching staff. Kirk has a thorough knowledge of the Montreal market, he enjoyed success as a player, and as captain of the Canadiens, and these assets will certainly contribute to the success of our team.”

Muller had been an assistant coach for the St. Louis Blues for the last two seasons.

Since the firing of Craig Ramsay in April, the Canadiens have been looking for a new face to add behind the bench. Muller previously spent five years from 2006 to 2011 as an assistant coach for the Habs.

Muller should be a good fit for the team as he can help its woeful power play and he already has a familiarity with the organization and its players.

What’s also interesting about this hiring is the fact that Muller had a three-year stint as the head coach with the Carolina Hurricanes. While he was a failure in Carolina in terms of on-ice success, as the team failed to qualify for the playoffs, he could be the heir apparent if Bergevin wants to cut ties with Michel Therrien next season.

Only time will tell.