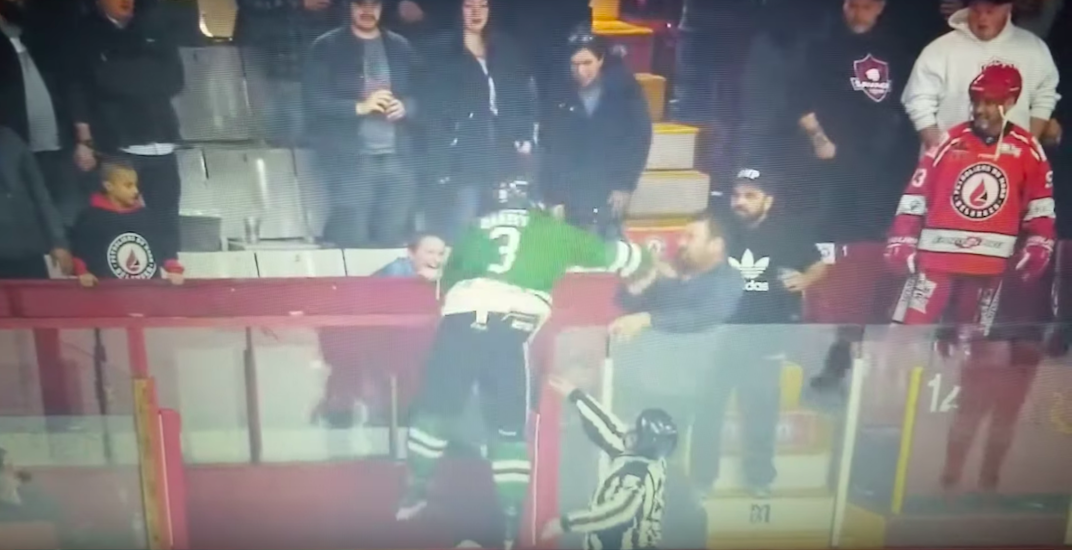 Jonathan Diaby of the Marquis de Jonquière, a Quebec-based, semi-pro independent hockey league, attempted to jump the penalty box to attack a spectator.

In a video shared on YouTube, the 24-year-old defenceman can be seen swinging at a fan in Laval, the home arena of the Pétroliers du Nord. Both teams are part of the Ligue nord-américaine de hockey (LNAH)

The altercation began as soon as Diaby was sent to the penalty box.

Last February, Diaby was serving a penalty in a game against the Pétroliers du Nord, when a spectator began shouting racist insults towards him. The harassing fan leaned over the sides of the penalty box and began waving his hands towards the black hockey player, mimicking a gorilla.

At this point, it’s not known if Diaby’s attack from the penalty box was brought on by any racist remarks.