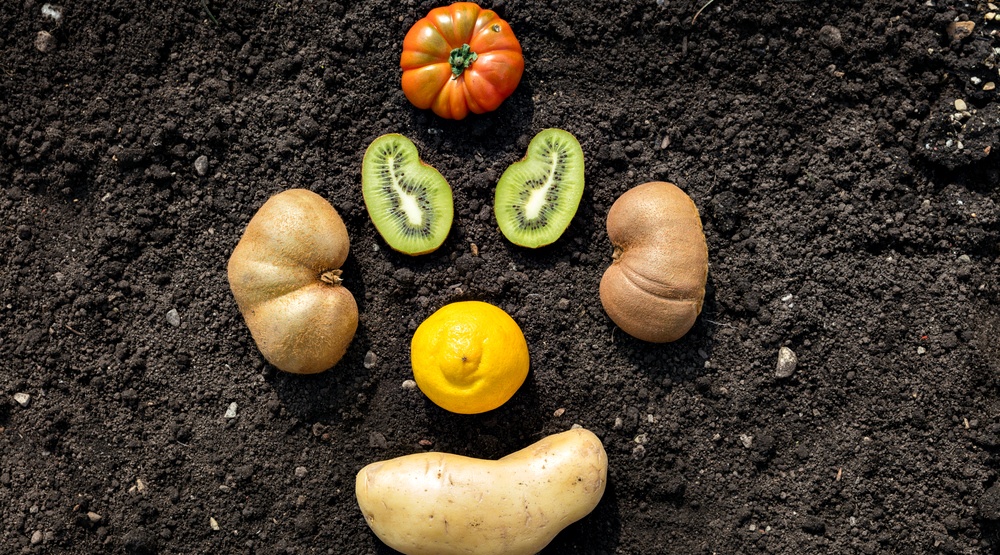 I’ll be honest. When it was recently announced that Quebec will now allow ugly (read: misshapen) fruits and vegetables to be sold in stores and markets, my immediate reaction was: “You seriously mean to tell me this used to be illegal?”

As it turns out, it was. Since 1981 the Quebec government has been regulating the shape, size, colour and overall look of fruits and vegetables in this province. Minister of Agriculture Pierre Paradis explained that stores were previously barred from selling produce with “abnormal physical characteristics” in an attempt to standardize their appearance, but that will no longer be the case.

We already know we live a privileged life compared to many parts of the world, but nothing brings home the message that you’re a coddled, spoiled North American consumer like being reminded that your government once tried shielding you from the horrors of an asymmetrical potato. There’s a stand-up comic in South East Asia currently writing a joke about this and it doesn’t even need a punchline.

As someone who lived in Europe for a decade, this wasteful and nonsensical practice is not something I ever observed there. I can’t imagine a single farmer or produce seller discarding misshapen fruit or veggies, and I often saw fruits with the occasional blemish sharing space with better looking fruit in the display stands.

I understand that it’s human nature to reach for the most beautiful, the most luscious-looking, blemish-free produce. I also understand that food marketing (or any marketing for that matter) and food photography (I’m looking at you Instagrammers and your 30 takes of your filtered avocado toast this morning) have raised our expectations of the aesthetic perfection we have come to expect at the supermarket, on Tinder, and in our overall lives. We’ve bought the lie. We think beauty is the goal and everything else must fall by the wayside. But food waste is no joke.

In Europe, where I lived and shopped for 10 years, if you want to get perfect fruits and vegetables you have to show up at the market earlier than everyone else and purchase it. Otherwise take your undersized tomatoes and your funny looking zucchini and get to stepping. Who told you that perfect produce was your natural-born right?

Considering that so-called defective fruit and veggies have identical nutritional value to their better looking brethren, there is simply no rational reason why we’re doing this, other than the shallow aesthetics of it all.

But in a world where children are going to school hungry, people are undernourished, and food banks are desperate for donations, there is nothing pretty about seeing tons of fresh produce left to rot in fields, fed to livestock, or sent directly to landfills because it’s not visually acceptable to consumers.

It’s estimated that 10 percent of produce is discarded in the field for being ugly, according to a 2010 study by Value Chain Management Centre. A Guardian article indicates that half of all U.S. produce is thrown away for being imperfect. This is downright shameful.

Last March, the Loblaws supermarket chain launched its Naturally Imperfect line of ugly fruits and vegetables to Ontario and Quebec shoppers at 30 percent off regular prices as part of a pilot project, and it went really well. I don’t know why that would come as a surprise to anyone who has recently shopped for the healthy stuff. Between the low Canadian dollar and the California drought, which made certain vegetables quite scarce, prices for cauliflower, peppers, lettuce, tomatoes, etc. have surged.

I practically did a back flip in the supermarket the other day because broccoli was on sale for $1.50, the cheapest I’ve seen it in a year! Who would have ever thought there would ever come a day when a member of the cabbage family would elicit such joy from me… I’m sure most of you will agree with me that anything that can ease our wallets even a little bit is a good thing, right?

At the end of the day, who cares what a fruit or vegetable looks like, as long as it’s nutritious, appropriate for consumption, and tastes exactly like the one next to it that’s a little prettier.

Ultimately, consumers should be the ones allowed to make that decision for themselves and their grocery bill budgets. If more ugly produce makes it into supermarkets, less of it will end up in landfills and more of our money can remain in our wallets. I see that as a win-win and there’s absolutely nothing ugly about that.