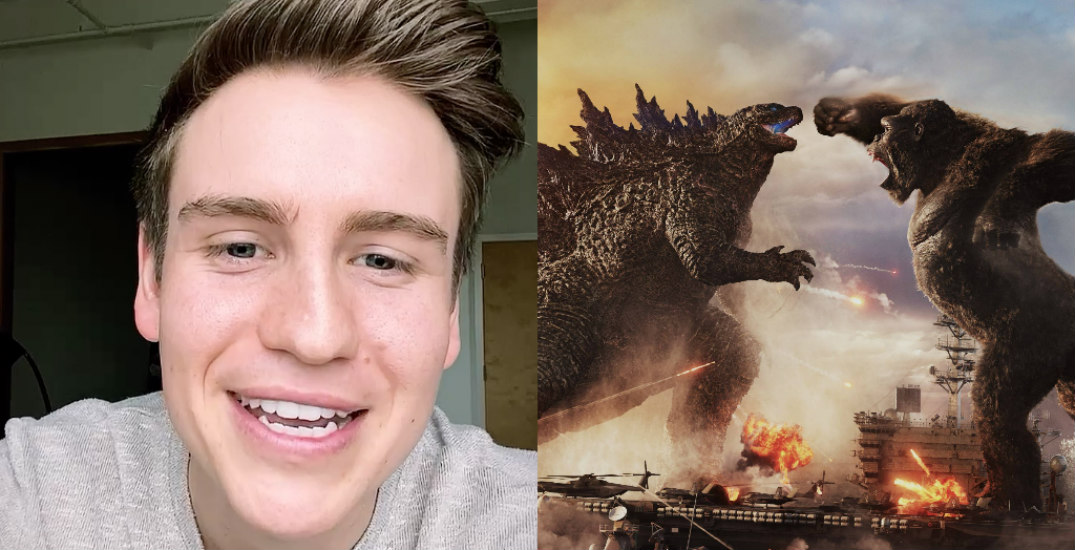 When something scares us (you know, the kind of jump scare that makes you scream really loudly?), we have a hard time finding our chill right after.

It generally takes us a couple of minutes to stop laughing after we see or hear something unexpected. So, you can imagine what our reaction would be if we heard the ear-shattering roar of an iconic monster in the middle of an otherwise regular day.

One of the most highly-anticipated movies of the year, Godzilla vs. Kong, is set to be released in Canada on Wednesday, March 31. This epic next chapter in the Monsterverse pits the mighty King Kong and fearsome Godzilla against each other in the ultimate showdown while humanity is caught in the balance.

To get us all a little hyped (and hilariously scared) Warner Bros. Pictures Canada teamed up with three Canadian influencers and tasked them with a challenge like no other — to destroy the silence (#DestroyTheSilence) with a scare prank.

Calgary-based lifestyle influencer, Kiki Davies (@pursuingpretty), decided to get her family — and her furry friend — excited for the movie release by hiding a speaker around her house and playing the iconic roars.

Meanwhile, Alberta-based Deven Chris (@devenchris) used the King Kong and Godzilla roars from Warner Bros. Canada’s Facebook page to prank his girlfriend — while she was casually relaxed at home.

After watching the video, we can confirm that we jumped at both Godzilla and Kong.

Up next, BC-based Josh Tryhane (@joshtryhane) tricked his adorable corgi Rick into thinking there was another animal (or two) in their house. We can totally relate to his pup’s reaction.

Now, the question is: Do you have what it takes to pull off this easy but ridiculously effective #DestroyTheSilence prank?

Give it a try before the release of Godzilla vs. Kong by playing the ear-shattering Kong and Godzilla roars to prank your friends, family, classmates, or colleagues during Zoom calls. For additional fun and scare points, you could prank your partner, roommate, or even your pet with the soundbites while they’re mid-nap.

Before you decide whether you’re on #TeamGodzilla or #TeamKong, grab the audio files (here and here) and turn the volume up to create your own unique prank or replicate one of the pranks featured above.

As you get ready to watch Godzilla vs. Kong, try out the #DestroyTheSilence challenge and be sure to tag @WarnerBrosCA when posting your videos on social media for the chance to be featured on their pages.

Set to be released in Canada on Wednesday, March 31 in theatres and on premium video on demand.