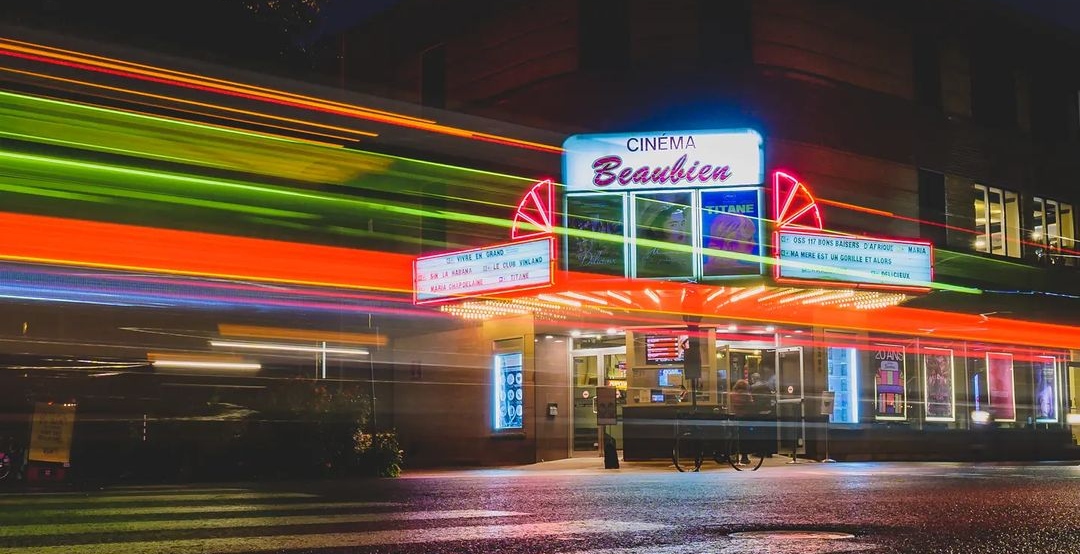 Montreal has many hidden gems, its collection of independent movie theatres being one of them.

During the pandemic, amid strict COVID-19 restrictions, it seemed like many of them were in jeopardy of going extinct — for a while, it seemed like local theatres would not have a happy ending.

Luckily, many have survived, thanks to the countless popcorn lovers and cinephiles around town.

As a result, we’ve decided to round up five of our favourite local indie theatres to catch a film screening in the city.

After being built in 1976, Cinema du Parc was taken over in 2006 by Roland Smith, programmer and former general manager of Cinéma Outremont. Since then, it has succeeded by organizing retrospectives, thematic cycles, festivals, national weeks and premieres.

They show films, new and old in both French and English, appealing to several cultural communities in the greater Montreal area.

Cinema Beaubien is the ultimate vintage theatre. From its outdoor ticket booth to its neon lit sign, the building has shown films for over 80 years.

Nowadays, their focus is on local francophone and international films.

So if you want to go back in time and catch a one-of-a-kind show, this is your spot.

According to their website, this theatre aims to “conserve Quebec’s cinema, as well as an international animated film.” Its mission is also to present these works and support cinematic art in all its forms.

While it’s nothing flashy, the Dollar Cinema serves one very important purpose: giving people a second chance to see the films they missed when they originally hit theatres.

So whether it came out five months ago or five decades ago, the Dollar Cinema will likely screen it sooner or later.

Their prices are also affordable, as their name suggests.

Known as Canada’s most glamourous adult theatre, Cinema L’amour has stood the test of time. The building was originally a vaudevillian hall when it opened in 1914. It began showing dirty movies in 1969 and has continued doing so ever since. It changed to the “L’amour” name back in 1981.

Cinéma L’Amour has also contributed to the cultural scene of Montreal, hosting various film and music festivals, concerts, fashions shows and movie shootings through the years.