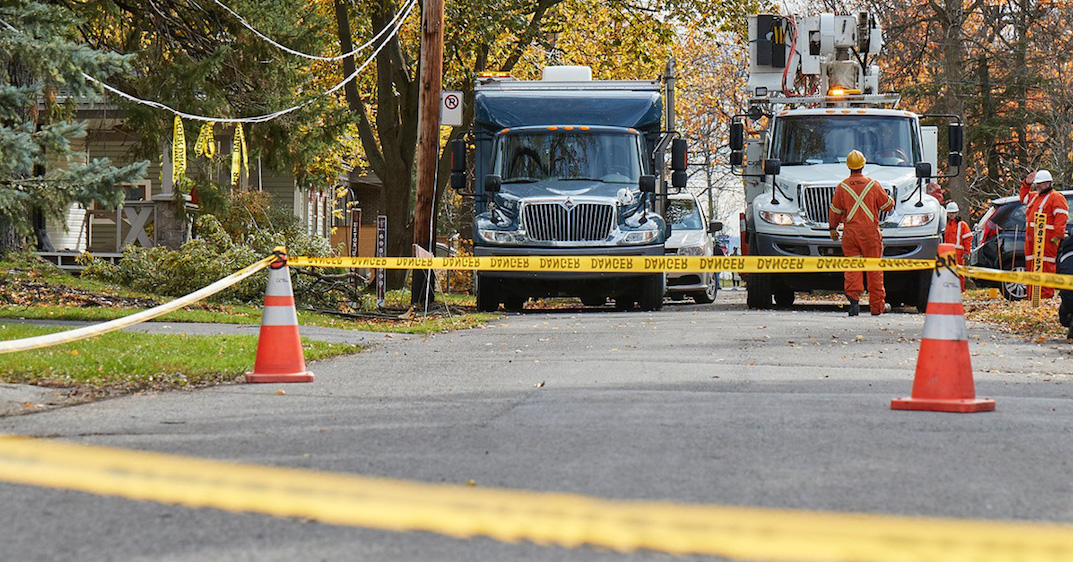 Strong and gusting winds of over 70 km/h have caused over 100,000 Quebecers to lose power, according to Hydro-Québec.

The provincial utility company says the most affected regions is the Montreal metropolitan area where strong gusts of winds have left 60,000 Hydro clients without power or functioning air conditioning on a humid afternoon.

In the Montérégie region, close to 15,000 Hydro clients were powerless as of 2 pm and in the Laurentians, more than 11,000 were without power.

“Linemen are already working to restore the service,” says the Hydro-Québec website, “however increasing winds make their task more difficult.”

The storm is still evolving and moving eastward across the province, says the utility company, and could result in more areas throughout the province to deal with blackouts.

Hydro is telling customers to stay informed by using the Power Outages map or the company’s mobile app.