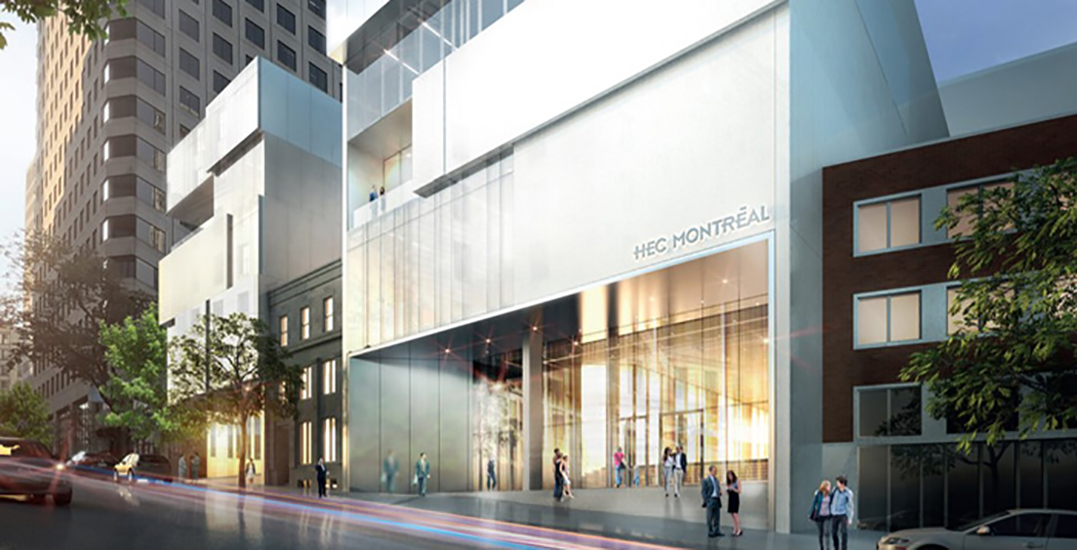 On Thursday, May 24, HEC Montreal received cabinet approval from the Quebec Government for the construction of a new building.

According to a statement from HEC Montreal, the total estimated cost for the project stands at $183.1 million. The Quebec government has confirmed that they will invest $93.5 million into the new building.

The building will be built in the Ville-Marie borough, right beside St. Patrick’s Basilica.

Prior to this announcement, HEC Montreal has been battling a serious space shortage, which the new building hopes to amend. It also gives the school and its students a chance to be physically closer to the business community.

HEC Montreal comments on the tremendous demand for both training and the labour market and market research, especially in the fields of data science and artificial intelligence.

The new building will play home to CDL-Montreal, a creative destruction lab program, as well as facilities for the National Bank, HEC Montreal Entrepreneurship Institute and Tech3Lab, as well as several faculty departments that will be moving there.

HEC Montreal is known as an internationally renowned business school with over 13,000 students. Founded in 1907, the organization also trains over 7,000 executives and managers each year.

Construction for the building is expected to start in Spring of 2019, with preparatory work and a call for tenders taking place until then. The new building will open in the Ville-Marie borough in 2021.