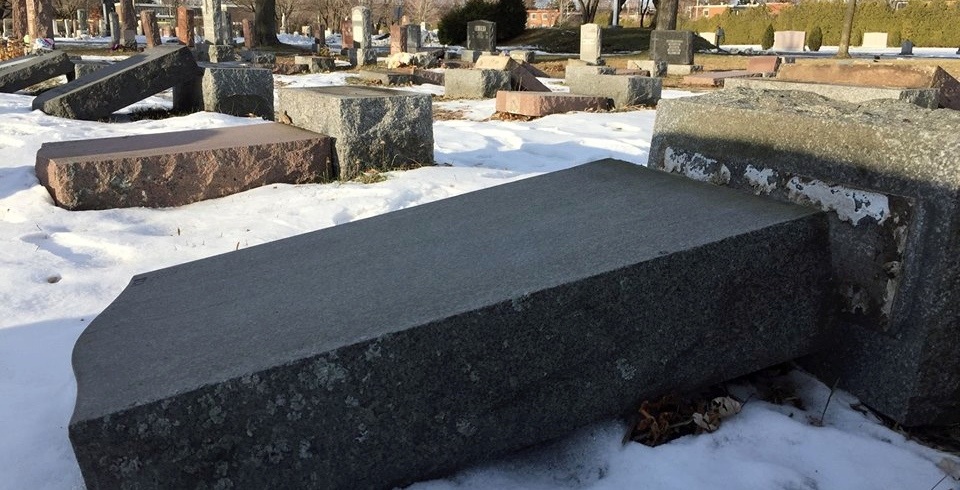 Two cemeteries in the South Shore have been vandalized and headstones have been overturned and broken.

According to Longueuil police, the Saint-Antoine-de-Padoue Cemetery was vandalized between November 29 and December 4 and the Régional Saint-Maxime Cemetary was damaged between December 3 and 4.

Saint-Antoine’s Cemetery has had “0ver 60 headstones knocked over” and Saint-Maxime’s has dealt with damage to over 40 headstones, tombstones and graves.

Police are investigating the incidents to determine the circumstances behind the attacks and are trying to figure out if both cases are linked together.

Police are urging anyone with information to call 911, all reports will be treated confidentially and anonymously.