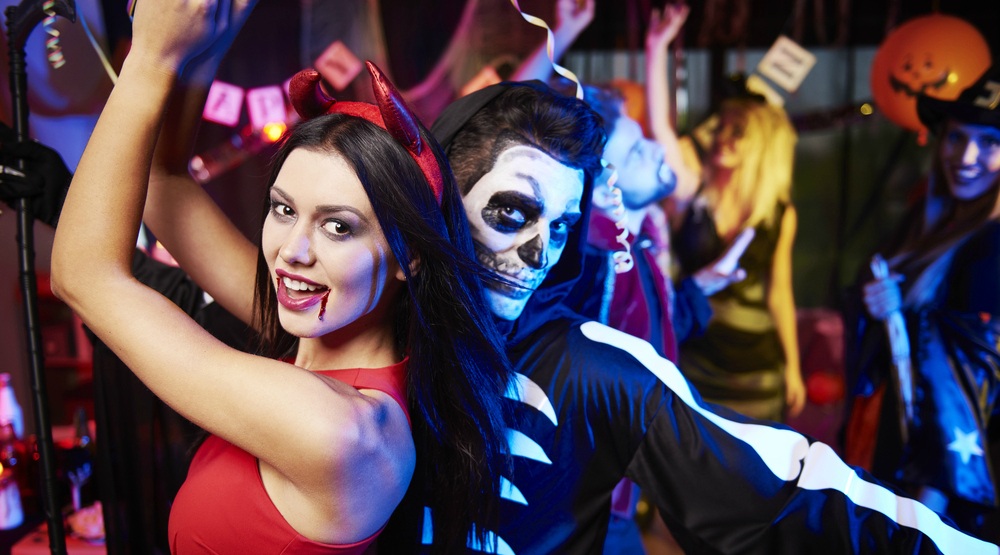 Now that we’ve hit October, it’s time to figure out what you’re going to dress up as this Halloween.

Whether you plan on dressing up as someone topical like Hillary Clinton or opting for a classic cat costume, Halloween costume shopping is one of the most fun parts of Halloween.

If you’re stuck and unsure where to look, check out this list of 7 places to get Halloween costumes in Montreal.

Imagine Le Fun sells almost any costume you can think of, in addition to an array of accessories including wigs, masks, hats, and makeup. Whether you’re looking to be a rag doll, stewardess, or leprechaun this Halloween, Imagine Le Fun’s got you covered. They have two locations, one on Saint Laurent and one on Mont Royal. Though both carry Halloween accessories, only the store on Saint Laurent carries full costumes.
Where: 4815 Boulevard Saint Laurent and 34 Mont-Royal Est

Eva B is part thrift store, part costume cafe. This unique spot in Montreal is packed to the brim with clothes, accessories, and shoes. Wander upstairs to look at used clothes, or take a trip down to the basement where you’ll find an extensive collection of themed costumes. Eva B specializes in period costumes, so if you’re looking to represent a certain decade this Halloween, Eva B is the place to go. Eva B also offers rentals, so if you find the costume of your dreams but it’s too expensive to afford, consider renting it for a night or two instead. Be sure to grab some complimentary popcorn on your warn in!
Where: 2015 Boul St-Laurent

Offering the largest selection of Halloween costumes in Montreal, Halloween Mania has got everything you can think. From Marvel superheroes and Day of the Dead characters, to Ghostbusters and Disney princesses, if you’re looking for a high end costume, Halloween Mania is the place to go.
Where: 5820 Boul Métropolitain E, Saint-Léonard

This one is for the serious costume geeks. This place is no joke and has been renting costumes for over 110 years ! Costumed parties, weddings, murder mysteries, television productions, and music videos all gather at Malabar for their authentic digs. The costumes here are rental only but accessories can be purchased.
Where: 5121 avenue du Parc

This popup Halloween warehouse has two central locations this year, one downtown near the Eaton Centre and the other in the heart of the Plateau. L’Entrepot Halloween has a massive selection of costumes for kids and adults alike, including pop culture costumes, political costumes, animal costumes, and clever costumes. Though their costumes are going to cost you a pretty penny, they are currently offering 20% off if you show them this coupon from their website at the cash register.
Where: 1500 Boulevard Robert-Bourassa and 1307 ave. Mont-Royal E

Each year, Value Village comes out with a huge line of Halloween costumes. Costumes for kids and adults, along with accessories like wigs, wands, and hats, fill up half the store. These costumes are new so they are more expensive than the average piece of clothing at Value Village but still cheaper than some of the other Halloween costume stores in Montreal. Plus, if you are making a costume from scratch, Value Village is a great place to find hidden treasure.
Where: 4906 Jean Talon Street West

Party Centre is always a great place to find discount party supplies, but at Halloween, it transforms itself into a Halloween costume mecca. They carry over 2,000 costumes and hundreds of wigs, hats, and masks. Whether you’re looking for that perfect moustache, colour contact lens, or masquerade mask to complete you look, the Montreal Halloween Party Centre is going to have it.
Where: 1836 Rue Sainte-Catherine

If you’re going as something classic like a witch, zombie, vampire, ghost, pirate, or skeleton, then Dollarama is a great place to start. Though they might not have full costumes, they do have great accessories for each of these costumes, such as hats, capes, fishnet stockings, fake teeth, fake blood, fake wounds, and plenty of makeup. Even if you’re dressing up as something a little more unique, Dollarama is a good place to go for inexpensive makeup.
Where: Multiple locations

Giggles is the king of Montreal costumes housing a massive selection of costumes all year round. Their delivery service will even drop off your Halloween costumes and party supplies right at your door, anywhere in the Greater Montreal area! Talk about convenience.
Where: 7143 Newman Blvd, LaSalle