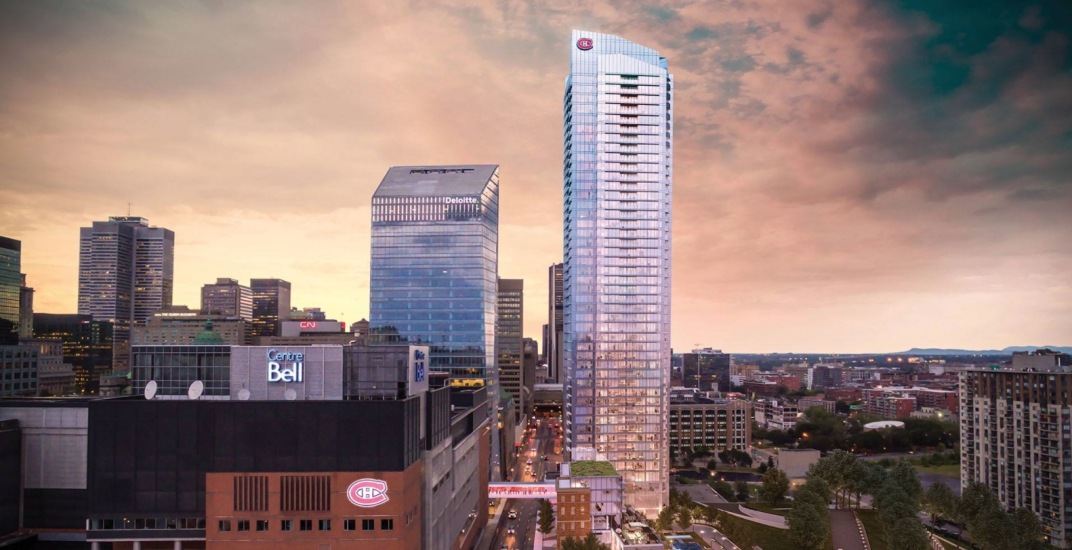 The Habs are getting into the restaurant game!

As if hockey isn’t already competitive enough, The Montreal Canadiens are opening 1909 Taverne Moderne in partnership with Cara Operations (the restaurant group behind Swiss Chalet) at Tour des Canadiens next to the Bell Centre.

Expected to open in time for the 2017-18 home opener, the new restaurant will be the largest in Canada when it opens – boasting three levels and occupying 25,714 square feet with capacity for 1,000+ sports fans. They’re referring to the space as “the ultimate sports viewing experience,” and it comes complete with a “4K-quality 46′ X 20′ main screen,” and is outfitted with over 65 HD TVs.

The menu from executive chef Jean-Sébastien Giguère (formerly of Toqué and Pied de Cochon) is described as“locally-sourced international cuisine,” while the line-up to drink promises a selection of international, domestic, and local craft beer offered on 40 taps.

“We know that Montrealers are as discerning about their restaurants as they are about their sports. With 1909 Taverne Moderne, our goal is to give fans a space where they won’t have to choose between having a great meal and watching their favorite event in an electric atmosphere,” said Montreal Canadiens Owner, President, and CEO, Geoff Molson in a press release.

1909 Taverne Moderne at the Bell Centre is the first of two incoming Montreal Canadiens-owned restaurants. A second restaurant at Place Bell in Laval, the home of the Laval Rocket, is expected to open later this fall.