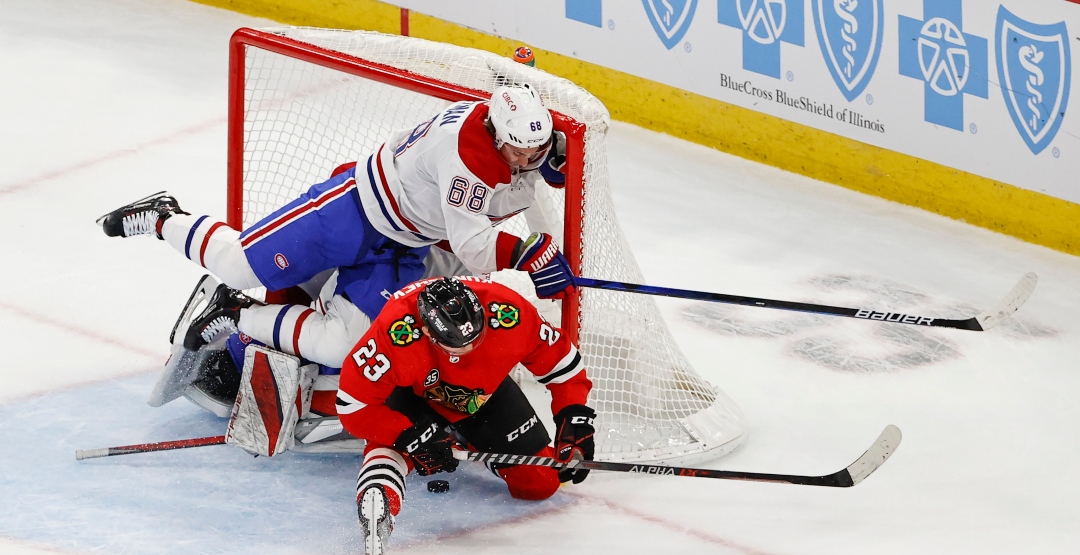 On Thursday night, the Montreal Canadiens lost to the Chicago Blackhawks after Philipp Kurashev scored in overtime. The winning goal was reviewed not once but twice by officials.

Kurashev, who collided with Canadiens forward Mike Hoffman and goalie Samuel Montembault in the crease, caused the net to be dislodged from its moorings before the puck ever crossed that line.

Referee Dean Morton determined that it was a good goal before announcing that it would be reviewed for offside as it was unclear whether the player had possession of the puck as his body entered the offensive zone.

Once again, it was determined that the goal was good.

Coach Dominique Ducharme, along with the players on Montreal’s bench, rolled their eyes in a collective moment of frustration. A feeling they’ve known all too well this year.

And while the chances of the Habs seeing the postseason in 2022 are a near mathematical impossibility, fans were nonetheless upset by the lack of consistency in the league’s officiating.

I don’t agree with either call there, but I’m operating under the theory that Geoff Molson asked for those calls in service of the tank. #TheWrightStuff

I think Hoffman probably gave Monty covid while running into him on the losing goal.

I know the Habs won’t win the cup, let alone make the playoffs this season, but that was such a brutal way to end a pretty good game in Overtime. Not sure how you call it goal when the net gets dislodged before the puck crosses the line? 🤷🏼‍♂️ #NHL #MTLvsCHI

I fell asleep going into overtime, what I miss? Bet it was a habs win, not even gonna check I know it in my heart it was a phat duuuub

Game is meaningless (in fact likely better the Habs lose) so whatever…but holy shit that was frustrating. Only the Hab would have two reviews on the same goal go against them…in overtime! lol – what a season.