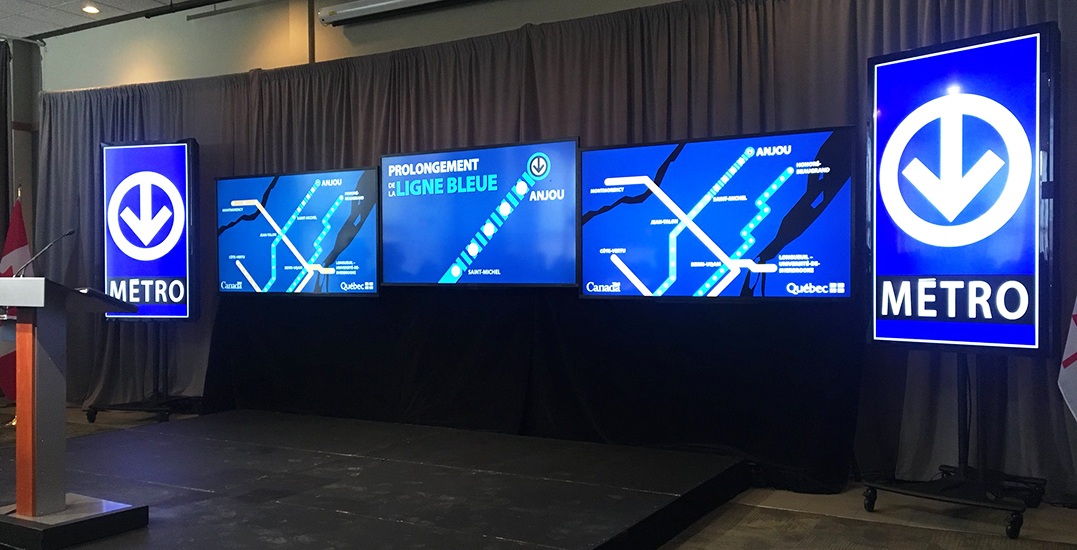 On Monday, April 9, a massive project regarding expansion for Montreal Metro’s Blue line was announced and confirmed.

The announcement was made at St. Leonard by Quebec’s Premier Philippe Couillard.

The project will extend 5.8 kilometres east of St. Leonard and includes:

The five new metro stations will be on Jean Talon St. located along:

The total extension of the Blue line is expected to cost approximately $3.9 billion. So far, only the following is known about the budget:

Construction is expected to officially commence in 2020, with the project reaching completion by 2026.

Until then, Mayor Valerie Plante has announced there will be 300 busses to increase public access to transit. She also admits there’s a lot of pressure on the orange line and that short, middle, and long-term strategies are needed.