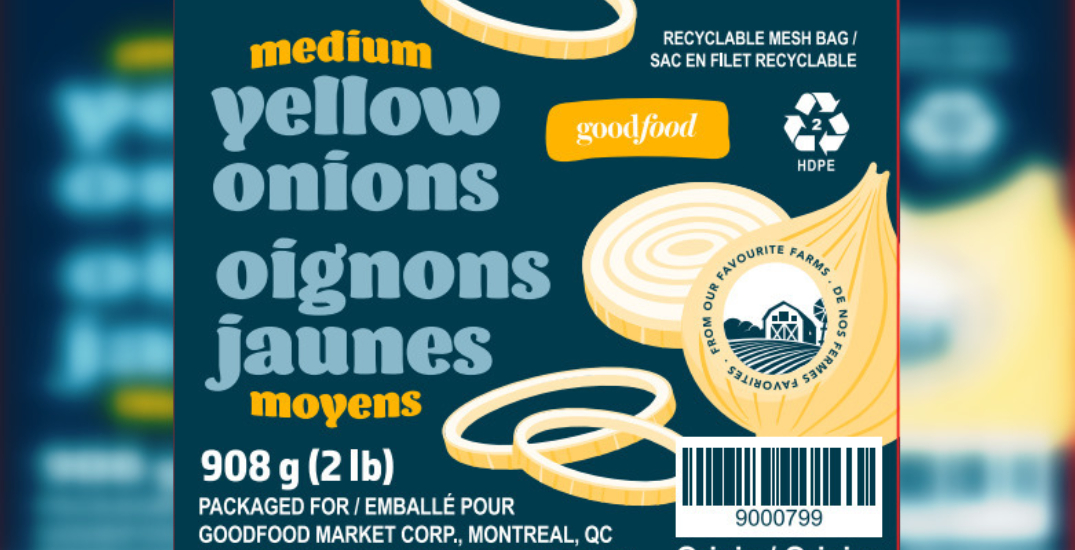 Health Canada has issued a recall for a third brand of onions from Mexico due to possible Salmonella contamination.

The recall for Goodfood brand Medium Yellow Onions was issued on October 27.

It was triggered by a recall in the US, which led to an investigation by the Canadian Food Inspection Agency.

The yellow onions were sold in two-pound bags in several provinces, including Ontario, Quebec, and Nova Scotia. They may have been distributed nationally, Health Canada said.

The recalled vegetables should not be consumed. The federal health authority advises throwing the onions away or returning them to the store where they were purchased.

Short-term symptoms in healthy people can include fever, headache, vomiting, nausea, cramps, and diarrhea. Long-term complications may include severe arthritis.