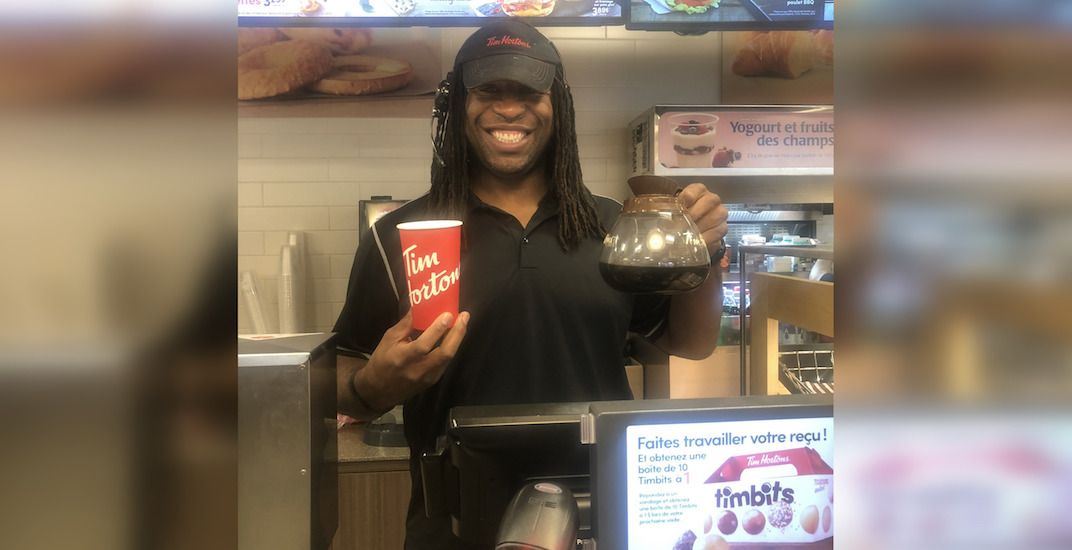 Georges Laraque has a message for the National Post.

Laraque got looped into a story last week when the newspaper published an article about fellow retired NHL player Donald Brashear working a job at a Tim Hortons in Quebec. Instead of a photo featuring Brashear, a photo of Laraque was displayed, causing the former enforcer to ask rhetorically if all Black men looked alike.

The National Post apologized for the “misattribution,” saying that there was a mistake in the photo’s caption from their wire service, and quickly changed the photo.

But the image doesn’t appear to be the only issue Laraque had with the story.

Over the weekend, Laraque hit up a Tim Hortons, dressing up in full uniform to pose for a photo accompanied with a message for the National Post.

“There’s no such thing as a stupid job, there’s only stupid people,” he said. “Every trade has value and requires qualities in the worker.”

Laraque and Brashear would qualify as two of the last people in Canada you’d want to anger. The pair of former enforcers were two of the toughest players of their generation, combining for 3,760 penalty minutes.

A Montreal native, Laraque played for the Edmonton Oilers, Phoenix Coyotes, Pittsburgh Penguins, and Montreal Canadiens during his 695-game career. Brashear, who was born in Indiana but grew up in Quebec, played 1,025 NHL games with the Canadiens, Vancouver Canucks, Philadelphia Flyers, Washington Capitals, and New York Rangers.